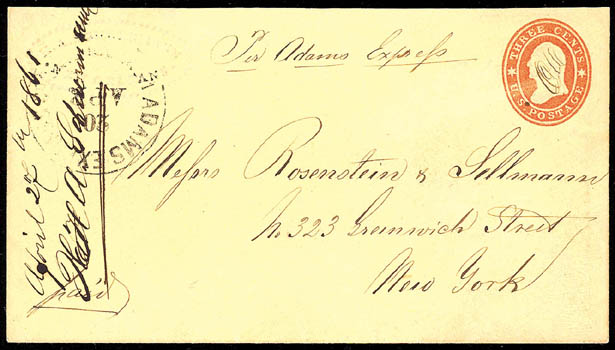 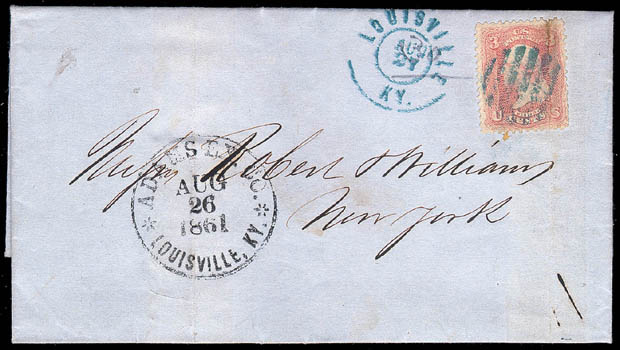 Confederacy, Adams Ex. Co., Louisville, Ky., Aug 26, 1861. Clear cds on folded letter to New York datelined from New Orleans, franked with 1861, 3¢ pink and canceled by blue grid with matching "Louisville, Ky., Aug 27" cds alongside and struck over manuscript 30 express rate in pencil, letter with interesting content regarding the express companies handling for mail; We find all packages containing several letters are opened on the way, while the letters inside are not, our inference is that it is the work of the Express folks in order to collect 25 to 30¢ for each letter. Here they will not take them otherwise than separate. Nor will they take foreign letters unless Prepaid!, stamp vertical torn at right from file fold, otherwise Very Fine, a rare and perhaps unique Last Day of the Thru-The-Lines Usage as the U.S. Post Office ordered to cease the letter traffic across the lines on August 26, 1861, ex Ackerman; signed Elliot Perry, with 2006 P.F. certificate.
Scott No. U.S. 64    Estimate $1,500 - 2,000.