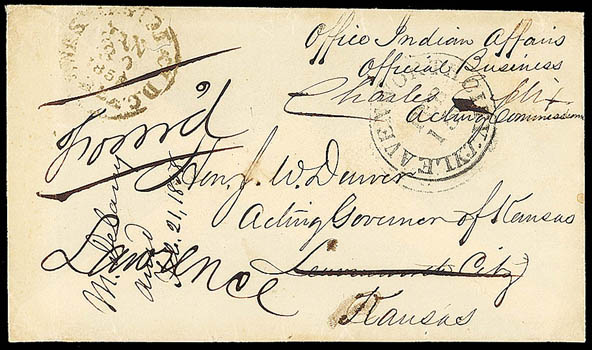 Leavenworth City, K.T., Feb 15. Forwarding postmark on cover to "Hon. J.W. Denver, Acting Governor of Kansas" to Lawrence, "Washington D.C., Jan 30, 1858" origin cds and manuscript "Office of Indian Affairs, Official Business, Charles E. Mix, Acting Commissioner" frank, with original enclosure asking for Denvers return…send yourself out of that miserable place, come home, don't stay much longer. I am afraid that the position you occupy may place you in the position of the frogs that were being stoned by boys "Fun to the boys but death to the frogs", Very Fine.
Estimate    $100 - 150. 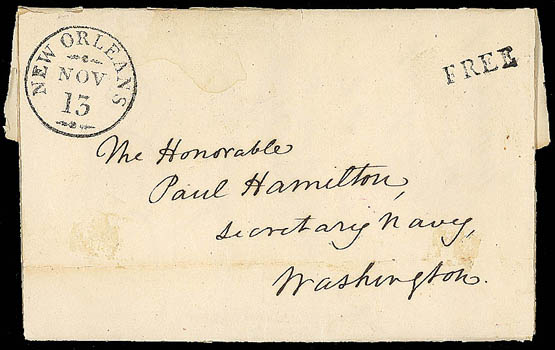 Captain David Porter was in charge of the naval forces at New Orleans from 1808 to 1810. As commander of USS Essex in the War of 1812, Captain Porter achieved fame by capturing the first British warship of the conflict, the HMS Alert. 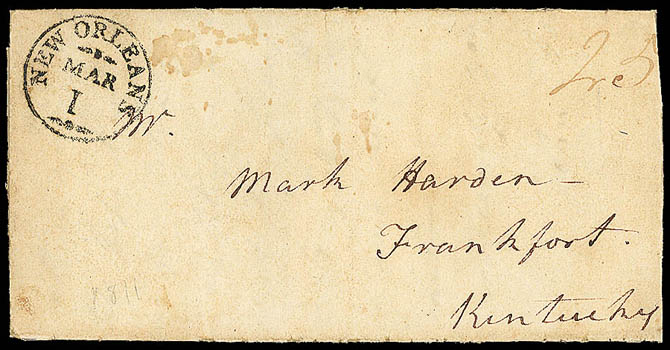 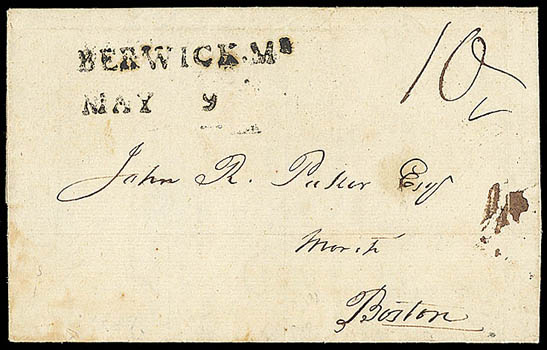 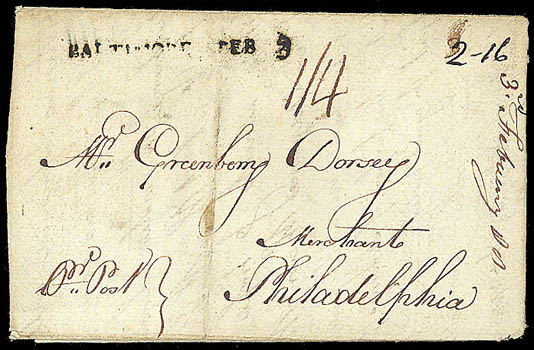 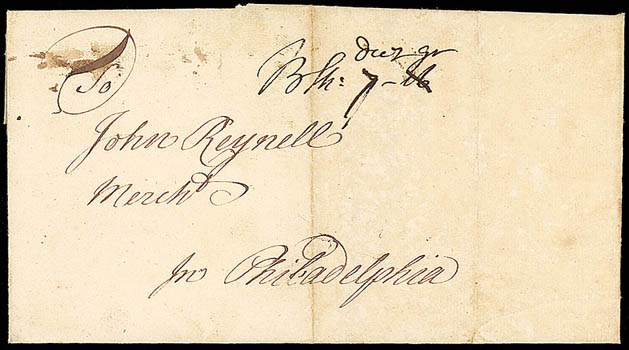 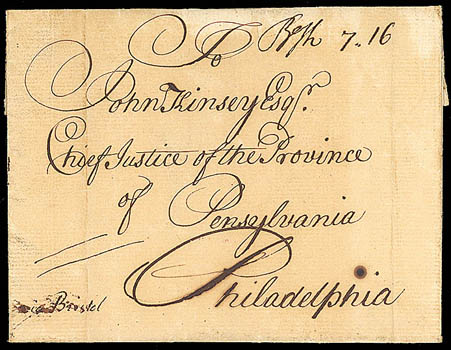 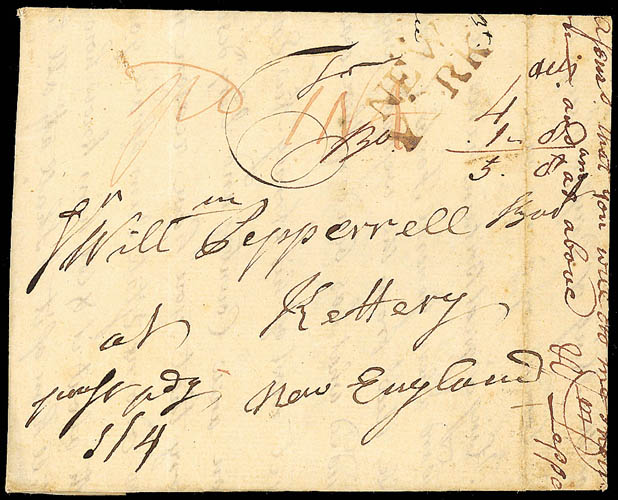 (Boston) Bo. Manuscript postmark on 1758 folded letter datelined "London May 5, 1758" and addressed to William Pepperrell in Kettery, New England, manuscript "pd 1N4" rate and brown "New York" straight line entry postmark, manuscript "4 dwt" for postage to Boston from New York and additional "1 dwt" for postage to Kittery totalling "5 dwt" below, letter from Capt. Peter Kenwood regarding the progress of the war in Europe…I think it is time for you to quit the stage of action…The brave King of Prussia have recovered all that was taken from him in Silesia & is now marching into Bohemia to meet the Austrian army, to give them battle. You will hear of the two fine ships of war our fleet took…I don't think the French have the number of Privateers out they have had some time past, they want the men for the King's Ships…, retained copy of Pepperrell's reply letter dated Nov 3, 1758 (unsigned in secretarial hand) and a ½ page letter dated Feb 26, 1759 on outer side flap written by and signed "Wm. Pepperrell" (portion of signature shows in lower left corner of folded cover), letters with interesting contents including copy letter…We wait here impatiently to have ye news of the King of Prussia success…I am glad Louisburg is once more in our hands. I hope it will always be in the King of Great Britains hands. We have no news at present from the Southward where General Forbs commanded. A miserable acct from the westward where General Abercrombie commanded. What has been done there was taken Fountenack by Colo. Broadstret, most of his Army New England Provential troops. War is hard upon a new Country and very distressing…, and second signed letter…I have been on no Expedition yet. My time has been taken up in the Publick affairs that I have had no time to look into any accts., Very Fine, a wonderful colonial cover and historial autograph letter from one of America's greatest early generals.
Estimate    $500 - 750.

William Pepperrell led the forces that took Louisburg, on Cape Breton, from the French in 1745. For his services, he was created a Baronet, the first born in America to be so honored. He retired shortly thereafter as the richest man in the colonies. During the French-Indian war which started in 1755, he was commissioned a Major General in the British army and commanded the troops protecting the frontier of Maine and New Hampshire. He was acting governor of Massachusetts in 1756-58 and made a Lt. General in 1759. 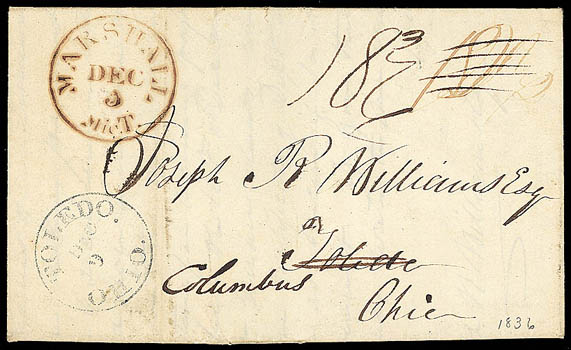