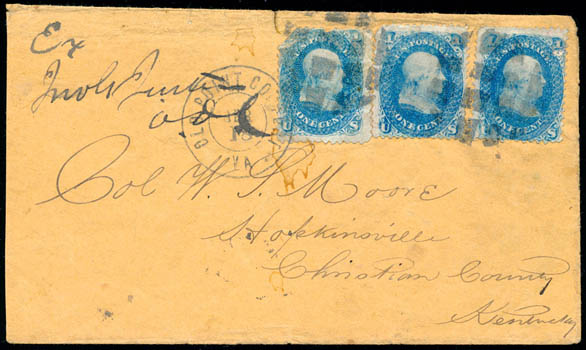 Lt. John G. Eustis's record is rather detailed with 89 pages, including one receipt he signed at Demopolis Ala. on May 12, 1864, which was only one month after this cover went through Old Point comfort Va. So this cover may have originated in Alabama and was sent through the lines to Union Occupied Territory in Kentucky. 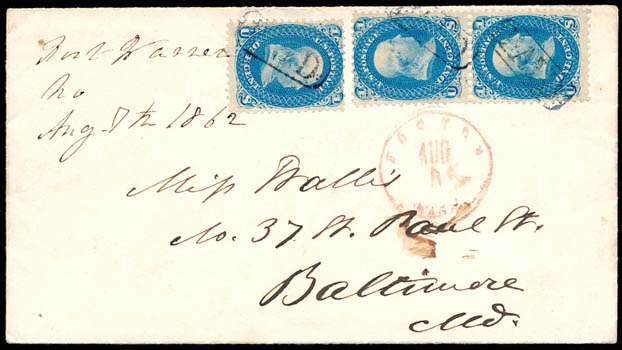 Fort Warren was one of the better run Civil War prisons with a much lower casualty rate than most others during that time. S. Teackley Wallis was a member of the Maryland House of Delegates from Baltimore, has as a common roommate at Fort Warren another Baltimore legislator, Henry M. Warfield. During their imprisonment they made a pact that each would name a child after the other. Warfield's granddaughter, Wallis, later became the Duchess of Windsor through her marriage to the abdicated English King Edward VIII.