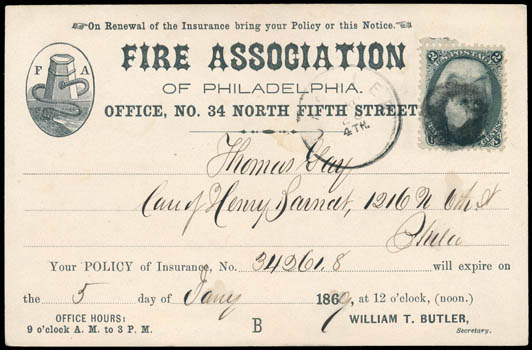 A RARE EXAMPLE OF ONE OF THE EARLIEST FORERUNNERS OF U.S. POSTAL CARDS BEARING THE 2¢ BLACK JACK.

This is one of the earliest used examples of a private business post card. The Fire Association of Philadelphia used them for mailings to policy holders informing them of the upcoming policy expiration date. They were written up by Charles A. Fricke in Postal Stationery, Jan-Feb 1976 on pages 27-30. 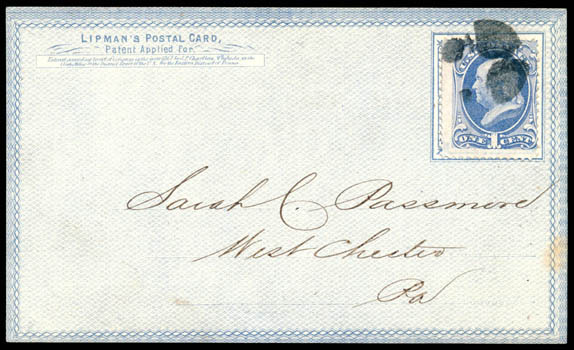 AN EXCEPTIONALLY RARE POSTAL USE OF THE LIPMAN FORERUNNER ESSAY, ONLY A FEW USED EXAMPLES ARE BELIEVED TO EXIST.

Although Lipman applied for a patent, it was never allowed as entrepreneur John P. Charleton of Philadelphia had already secured copyright for the earliest private mailing card in 1861. Most Lipman cards as a result contain fine print contributing legal credit to J.P. Charlton. There is reason to believe that, in time, Charleton himself came to to condone "Lipman's Postal Cards" because eventually he used them for his own correspondence. Lipman was the first to carry through the first commercial application of the private mailing cards, years prior to the Government issued Postal Card in May 1873. It should be noted that although the United States invented the postal card, Austria would be the first to issue one. By the end of 1870, Great Britain, Wurttemmberg, Finland and Switzerland would follow suit. Following legislation in 1872, Lipman cards were confiscated by post offices and sent to the Dead Letter Office, thus explaining the rarity of existing used examples. 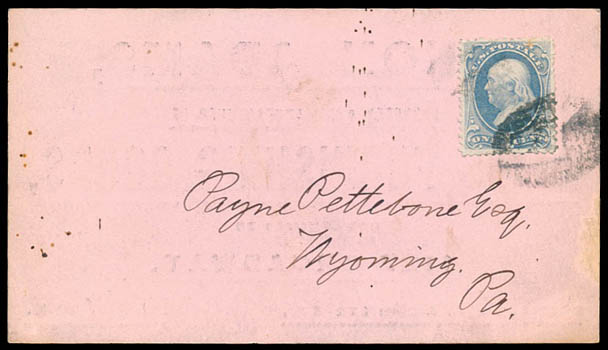 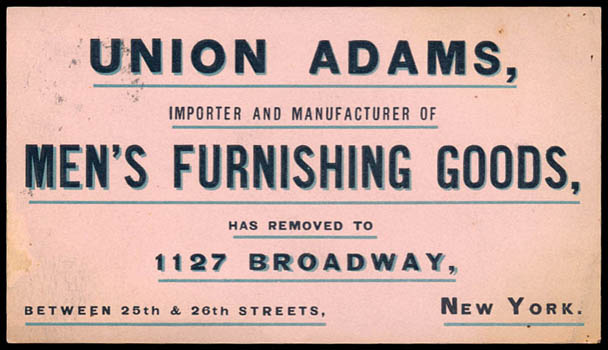 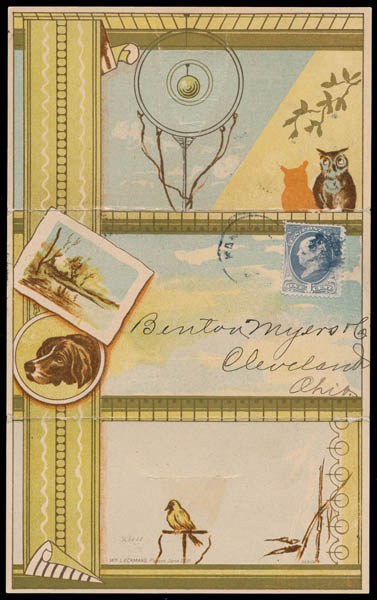 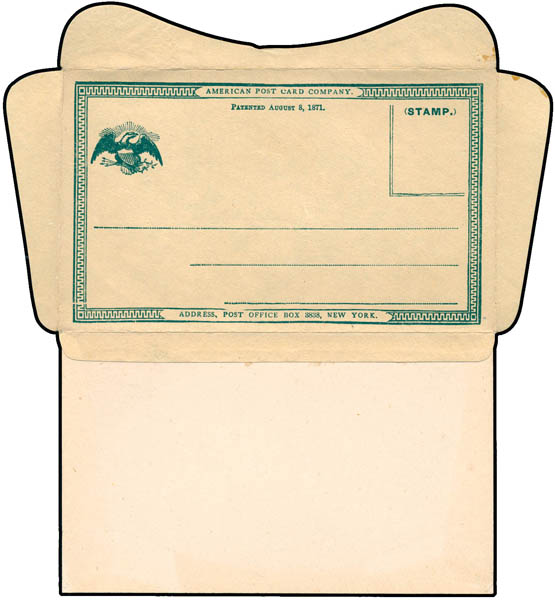 This is one of only three cards approved by the U.S. Patent Office. Patent #51,623 was grated to Charles A. Rowland of Clinton, Ill. on December 19th 1865; Rowland later applied to improve his design with Patent #117818 on August 8th 1871, and then assigned his rights to the American Post Card Company. The message is intended to be written on the inner side of the lower panel, then folded and sealed by the top and side flaps. 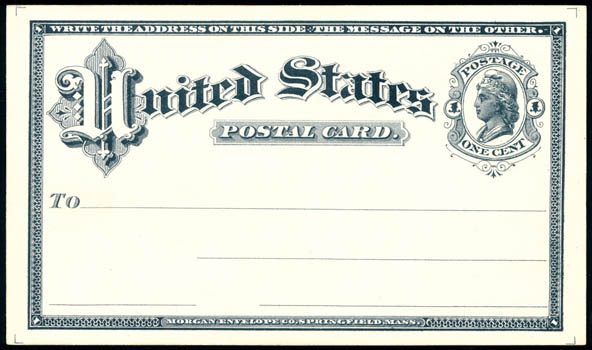 This essay was printed under the Morgan Envelope Company contract, but was not used as the government's final choice.