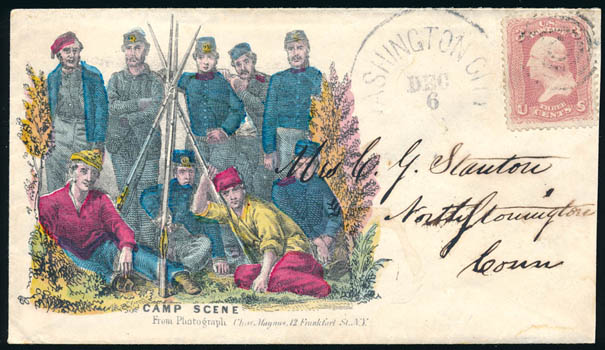 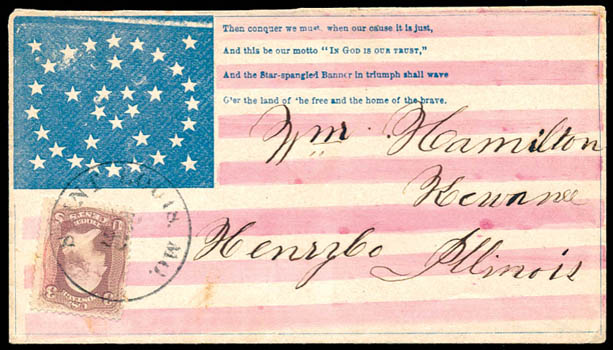 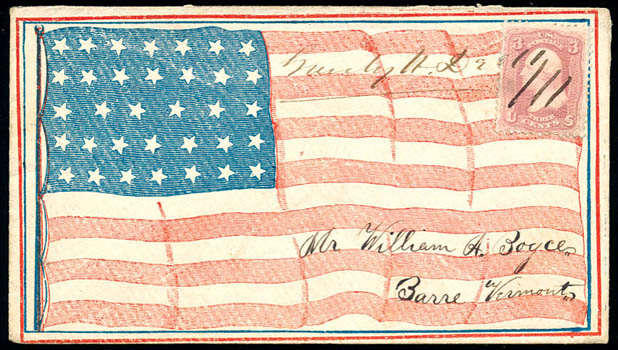 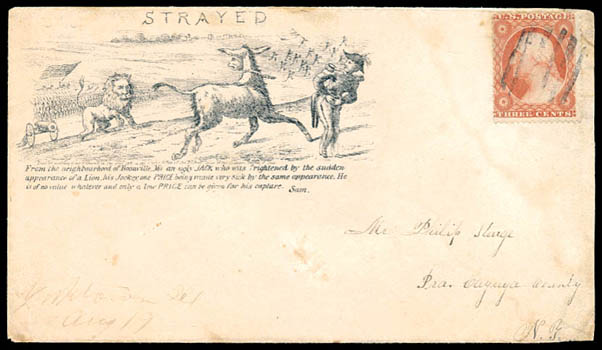 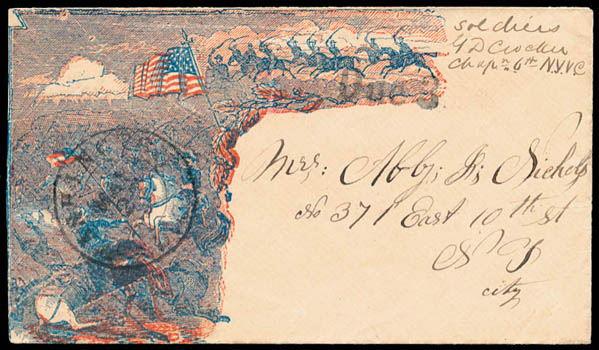 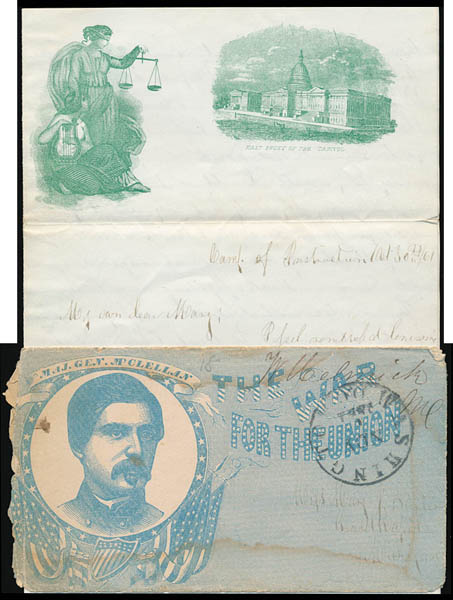 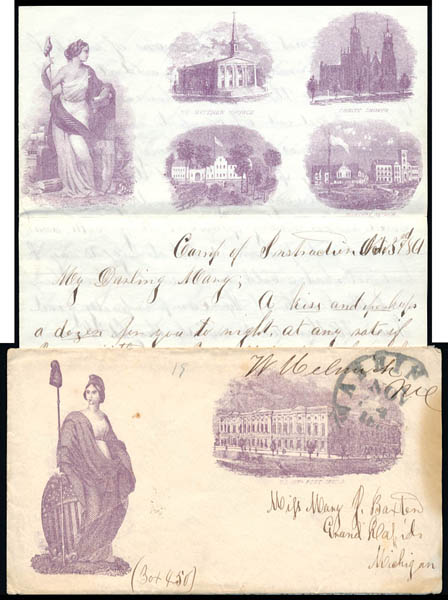 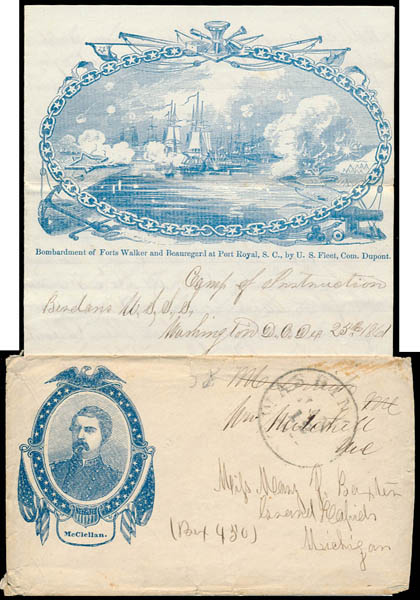 Gardner B. Clark, Berdans Michigan Co. Sharpshooters Correspondence, 1861-65, of over 160 letters written between April of 1861 and October of 1866 mostly from and to Gardner B. Clark of the Berdan's Michigan Co. Sharpshooters (Company C) to his love Mary Baxtor in Michigan, Gardner's letters start in September of 1861 from Washington D.C., many of which are on illustrated patriotic letterheads accompanied by original patriotic covers (most covers unfortunately toned), one of first letter mentioning movements out of Washington and first actions in the field…Before this reaches you, you will get all kinds of reports about last night proceedings, but you will not get the truth, unless by accident, so I will give you a history of the last twenty four hours, as it comprises also my first experience of the whistle of musket balls and the smell of government powder., with a detailed account of fighting the enemy for the first time, another letter around the same time with pressed letter from the field (mentioned in letter), various letters from Camp of Institution at the end of 1861 including a letter from Mary with newspaper poem "Warlike Wit", letters during the Peninsular Campaign of from Yorktown and Fortress Monroe where they marched to the docks of Alexandria and boarded the ship Emperor for Hampton Roads, a Sept 22nd, 1862 letter after the battle of Antietam mentioning the advance and treat during the fight, December 1862 letter from Fredericksburg after the battle…The battle has raged for three days and slight skirmishing today…The rebels fight like tigers but we out weigh them and mentions the surrounding area, etc., with much interesting content throughout and beyond, with over 50 postwar 1876-77 letters from Gardner in San Francisco to Mary in Michigan; condition mixed with some letter not accompanied by original covers, cover defects, etc., F.-V.F., a wonderful correspondence nearly covering the entire span of the Civil War.
Estimate    $3,000 - 4,000.

Captain Gardner B. Clark of the Berdans Michigan Co. Sharpshooters was discharged Sept. 9, 1864. 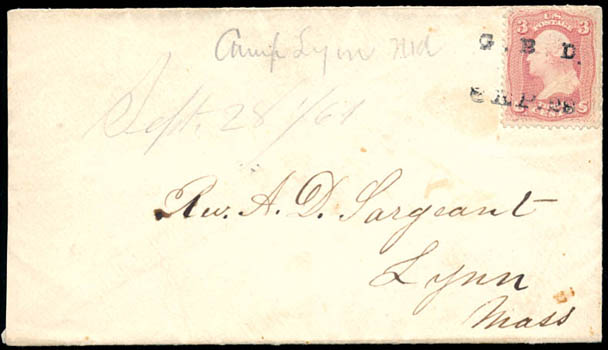