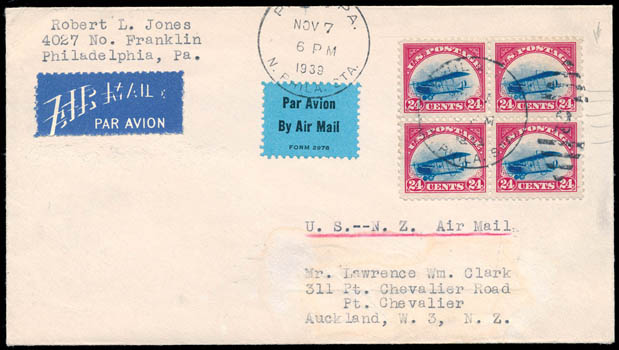 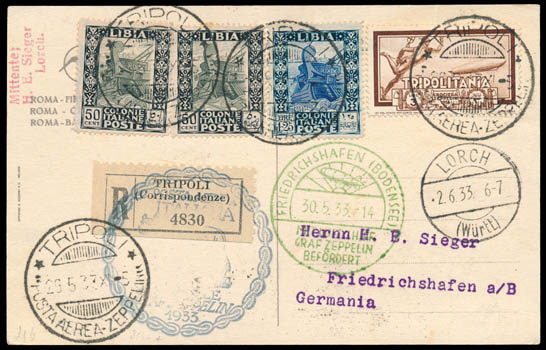 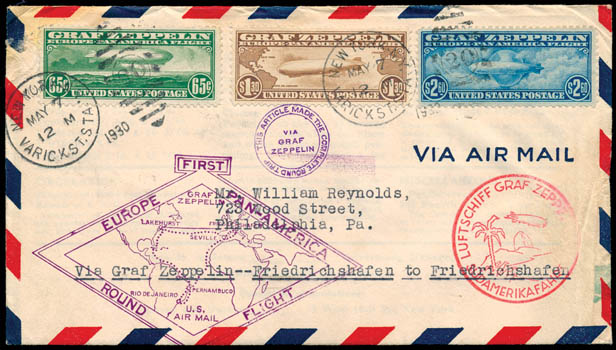 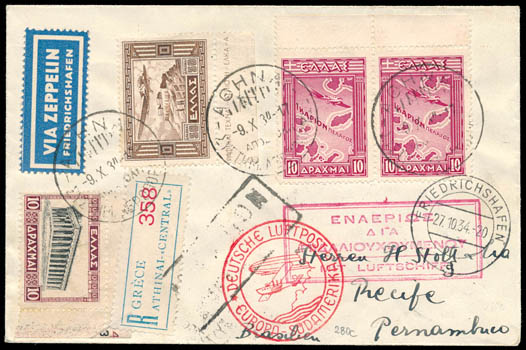 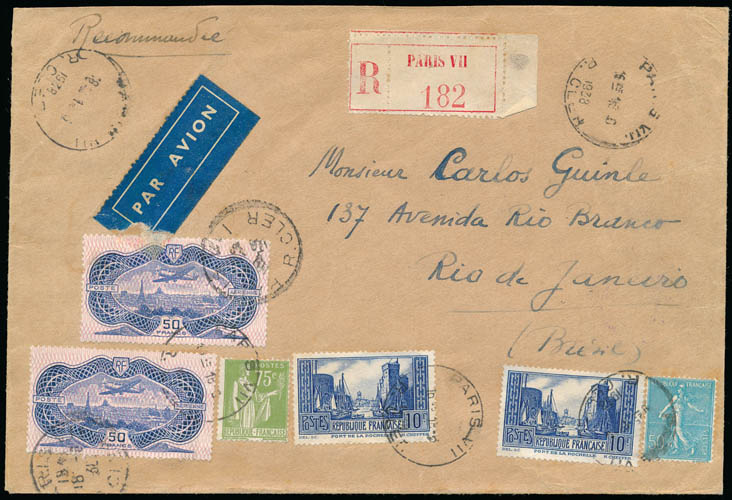 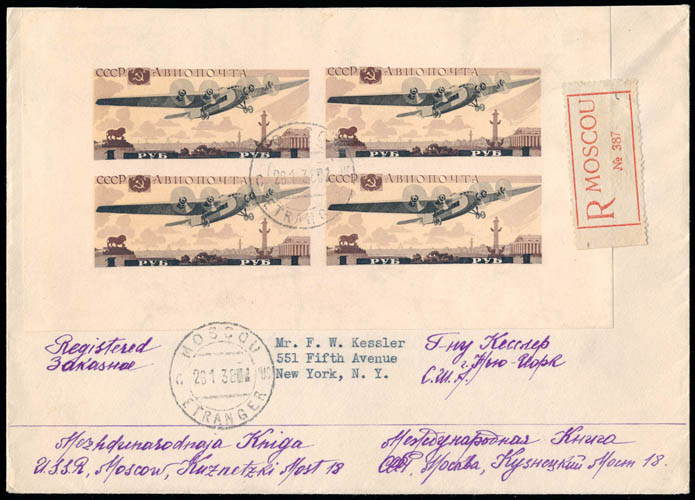 Worldwide, Zeppelin and Air Post Flight Cover Collection, better collection of 55 select Zeppelin and Air Post covers, wide range of countries represented, including United States with block of four of No. C3 with plane shifted towards the bottom on cover and another cover with 65¢-$2.60 Graf Zeppelins (C13-15), also Russia No. C75a on cover to New York, cover with two of France No. C15 Monoplanes on registered cover to Brazil, many multicolored frankings from Russia, Saar, Germany, Greece, Latvia, Liechtenstein, Eritrea, Romania, several others, condition is far better than one would expect with each housed in individual protective sleeve, Very Fine and difficult group to assemble.
Estimate    $25,000 - 35,000.

A REMARKABLE GROUP OF SELECT BETTER ZEPPELIN AND FLIGHT COVERS, COVERING A WIDE RANGE OF COUNTRIES AND FLIGHTS.

Each item in this lot would qualify as an individual lot in our auctions, but we are offering it intact on the instructions of the owner.

Worldwide, Revenue Accumulation, large assortment of thousands in mostly unsorted in glassines and priced, wide range of countries and issues with some heavy duplication to be expected, includes some other back-of-the-book material including locals; owner's cat approximately $37,000, inspection a must for full evaluation.
Estimate    $2,000 - 3,000.