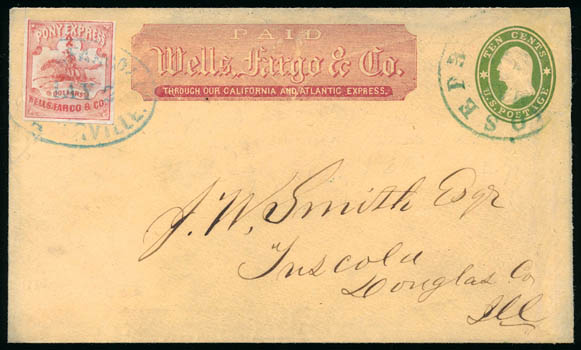 The rate was $2 per ½ ounce from April 1, 1861 until June 30, 1861 when the Pony Express was run by Wells Fargo & Co. and not the Central Overland California & Pikes Peak Express Company. Pony Express mail from Placerville is rare compared to those originating the in the San Francisco or Sacramento Pony Express offices. Mails collected at stations along the route between San Francisco and St. Joseph is term "way" mail. Way mail was accounted for, and carried, separately from the other mails with each letter entered on a way bill that was updated as additional letters were collected. At St. Joseph, the pony mail was turned into the St. Joseph post office for onward transmission by the government postal system. St. Joseph was the terminus for the Hannibal and St. Joseph Railroad, from whence there was rapid mail connection to the east. 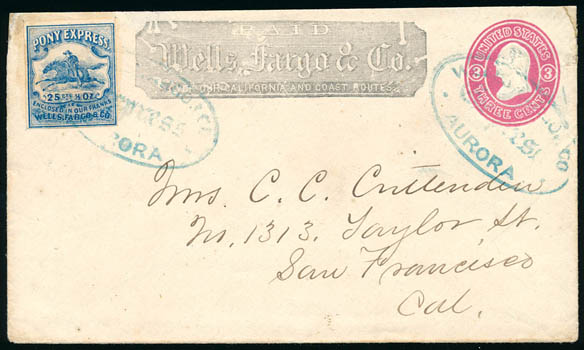 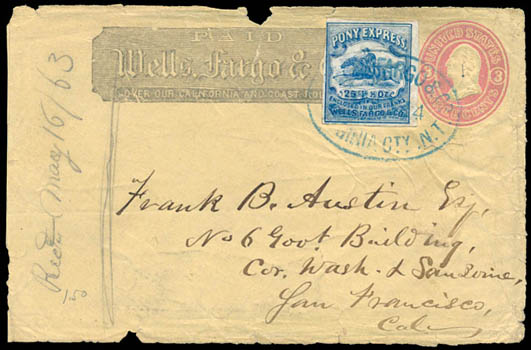