This label was added in the lower margin of the wrapper used by the predecessor company, The United States Proprietary Medicine Co. 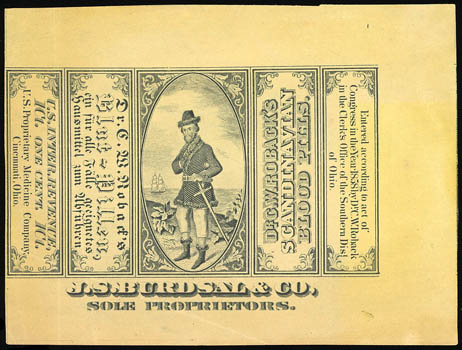 Burdsal & Co., 1¢ black on orange wrapper, watermarked USIR, strong color, few light creases, Very Fine appearance, very scarce with only 22 examples recorded in the Aldrich census (of which 16 are reported to be faulty).
Scott No. RS45d    $1,650. 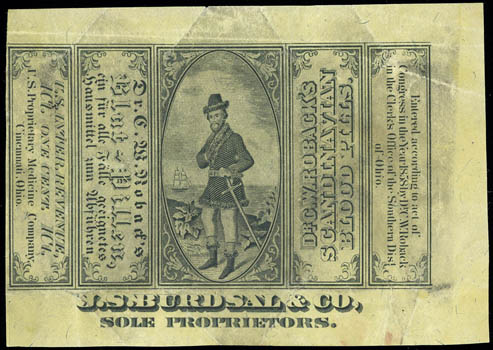 ONE OF TWO KNOWN EXAMPLES OF THE BURDSAL & CO. 1¢ BLACK ON YELLOW WRAPPER ON SILK PAPER.

Although Scott lists a 1¢ black on yellow wrapper (RS45A, cataloged at $5,000), it does not distinguish between the silk (should be designated as RS45Ab) and watermark (should be RS45Ad) varieties.