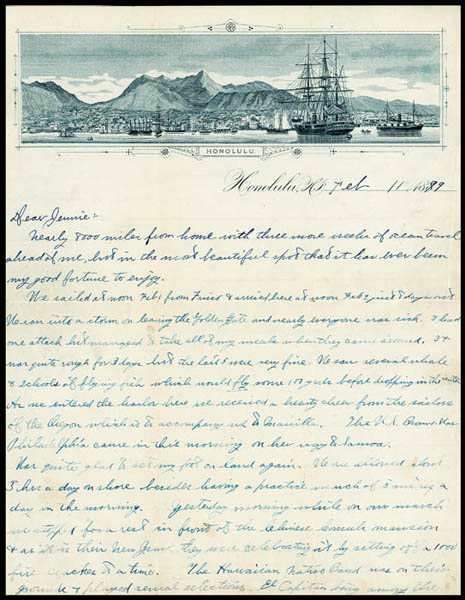 1899 (Feb. 11) Soldier's Letter from Honolulu to Poquetanuck, Conn., beautiful illustrated 2p. letter showing Honolulu harbor with ships, written by a soldier back home reading in part "Nearly 8000 miles from home with three more weeks of ocean travel ahead of me, but in the most beautiful spot that it has ever been my good fortune to enjoy… We saw several whale & schools of flying fish which would fly some 100 yards before dropping into the water. As we entered the harbor here we received a hearty cheer from the sailors of the Oregon which is to accompany us to Manila. The U.S. man-of-war Philadelphia came in this morning on her way to Samoa…", letter continues with details of Island life, natives, etc., accompanied by original faulty envelope with the stamps cut off, otherwise Very Fine and very attractive letterhead.
Estimate    $300 - 400. 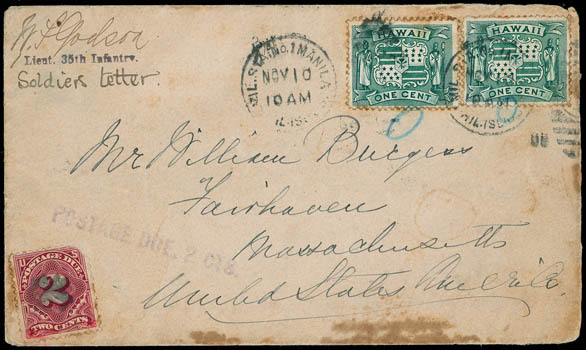