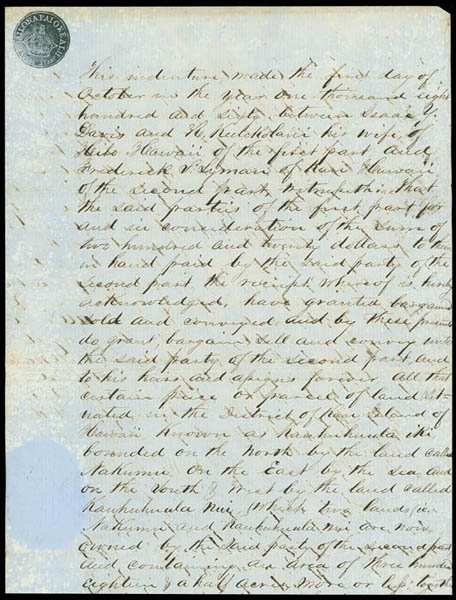 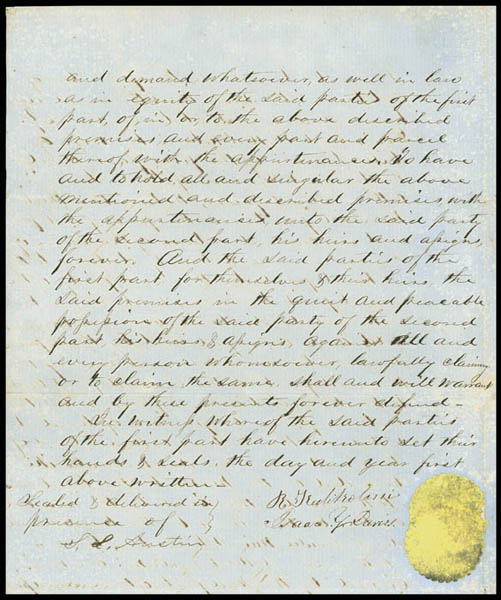 A RARE DOCUMENT SIGNED BY PRICESS KEELIKOLANI ALONG WITH HER SECOND HUSBAND ISAAC Y. DAVIS. 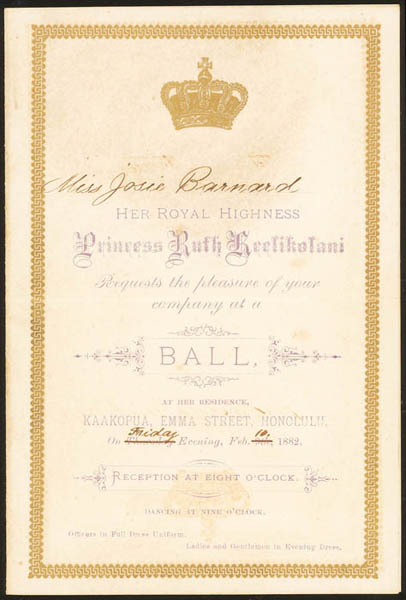 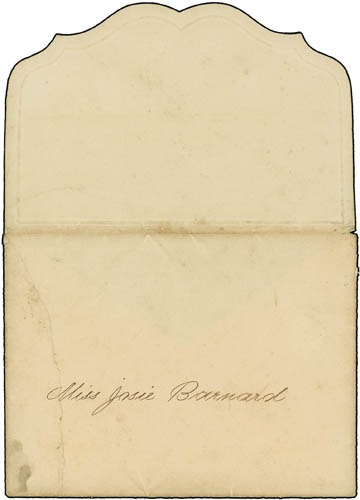 The invitation was for a ball for selected guests was held on Thursday, and a Grand Ball on Friday, Feb. 10, 1882. The envelope has a fancy flap in which invitations to Princess Ruth's home completion luau and balls were sent, and is the only recorded example of this envelope.