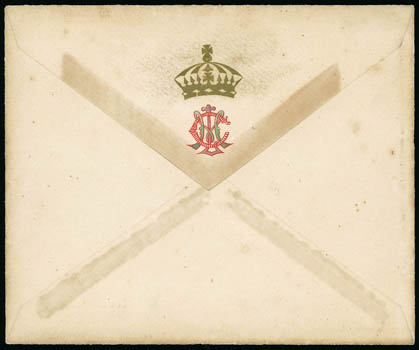 ONE OF ONLY 2 RECORDED EXAMPLES OF THIS ENVELOPE.

Curtis Piehu Iaukea (1855-1940) was Secretary to the Chamberlain, before his death in 1940, was the last living former Royal Household Officer. He was also the last living Hawaiian who had been awarded, for distinguished service, with one or more Hawaiian Orders.