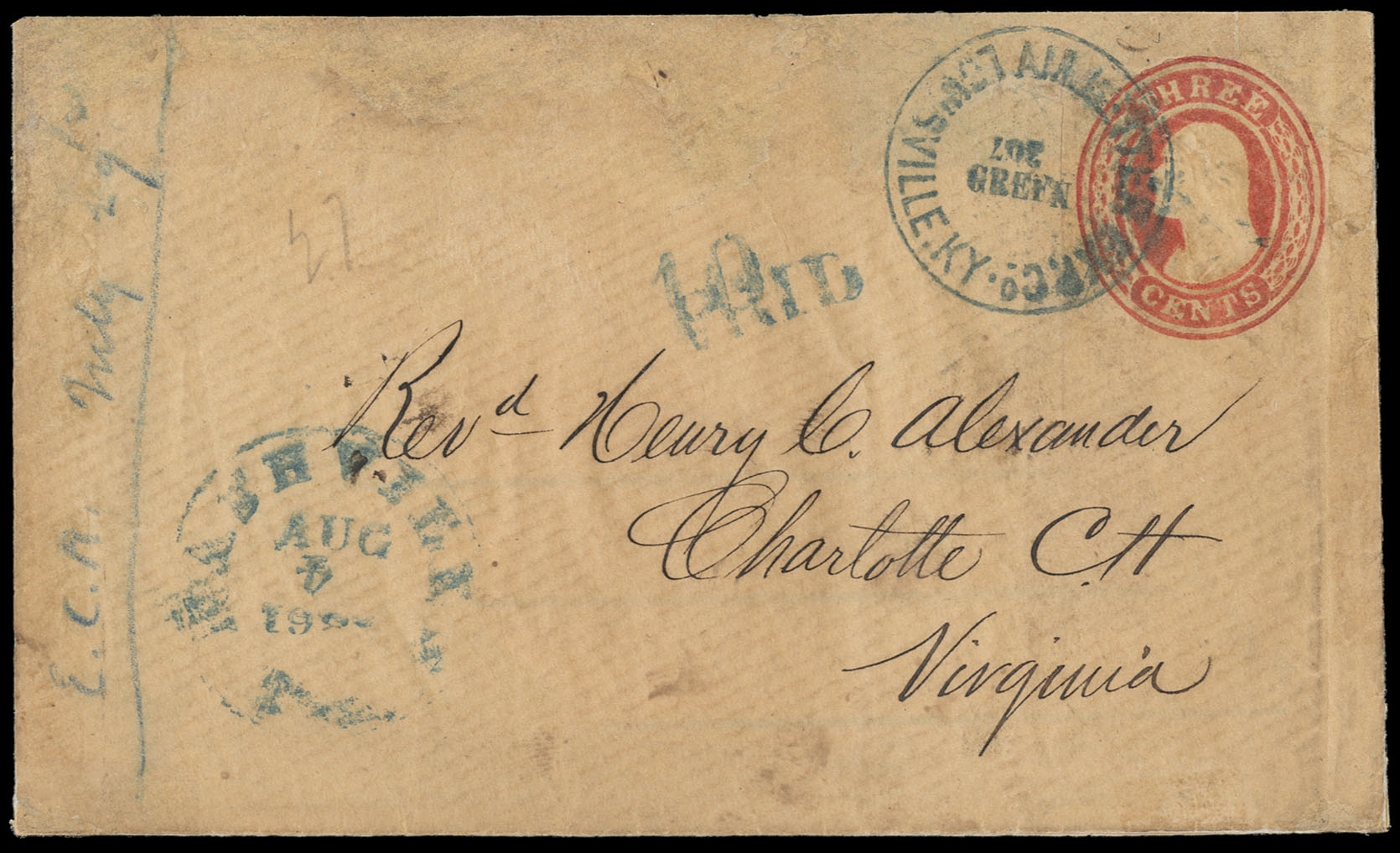 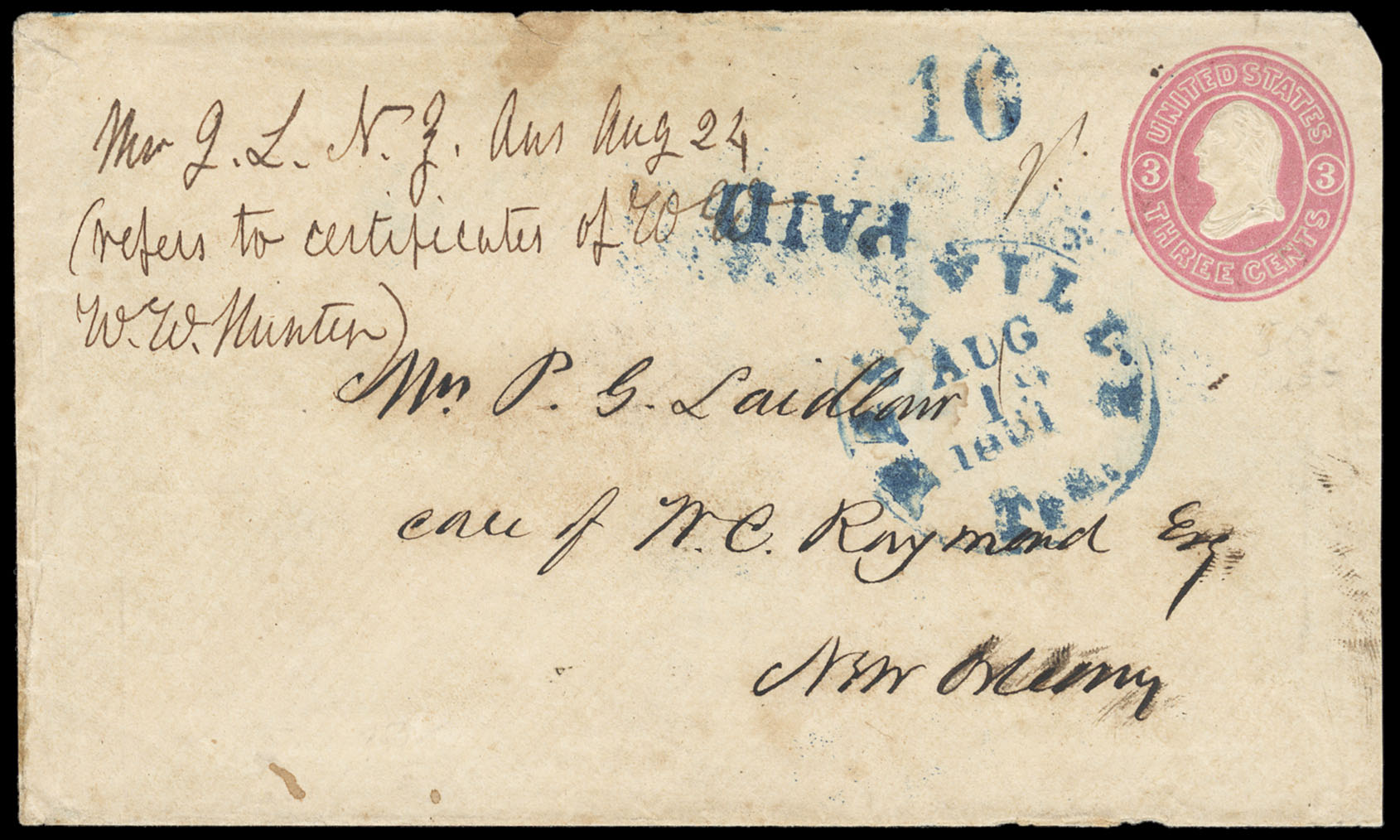 Confederacy, (American Letter Express Co.) New York to New Orleans, La., uncanceled U.S. 1861, 3¢ pink entire with manuscript "2/" just to the left of indicia indicating the 25¢ express fee and recipient docketing at upper left indicating New York origin, carried by the American Letter Express Co. through the lines and entered the mails with blue "Nashville, Ten., Aug 19, 1861" cds, matching straight line "Paid" and "10" rate handstamps, Very Fine, a later through the line express usage as this cover was posted at Nashville just seven days prior to the halting of the through the line express service by the Union.
Scott No. U.S. U35    Estimate $400 - 600. 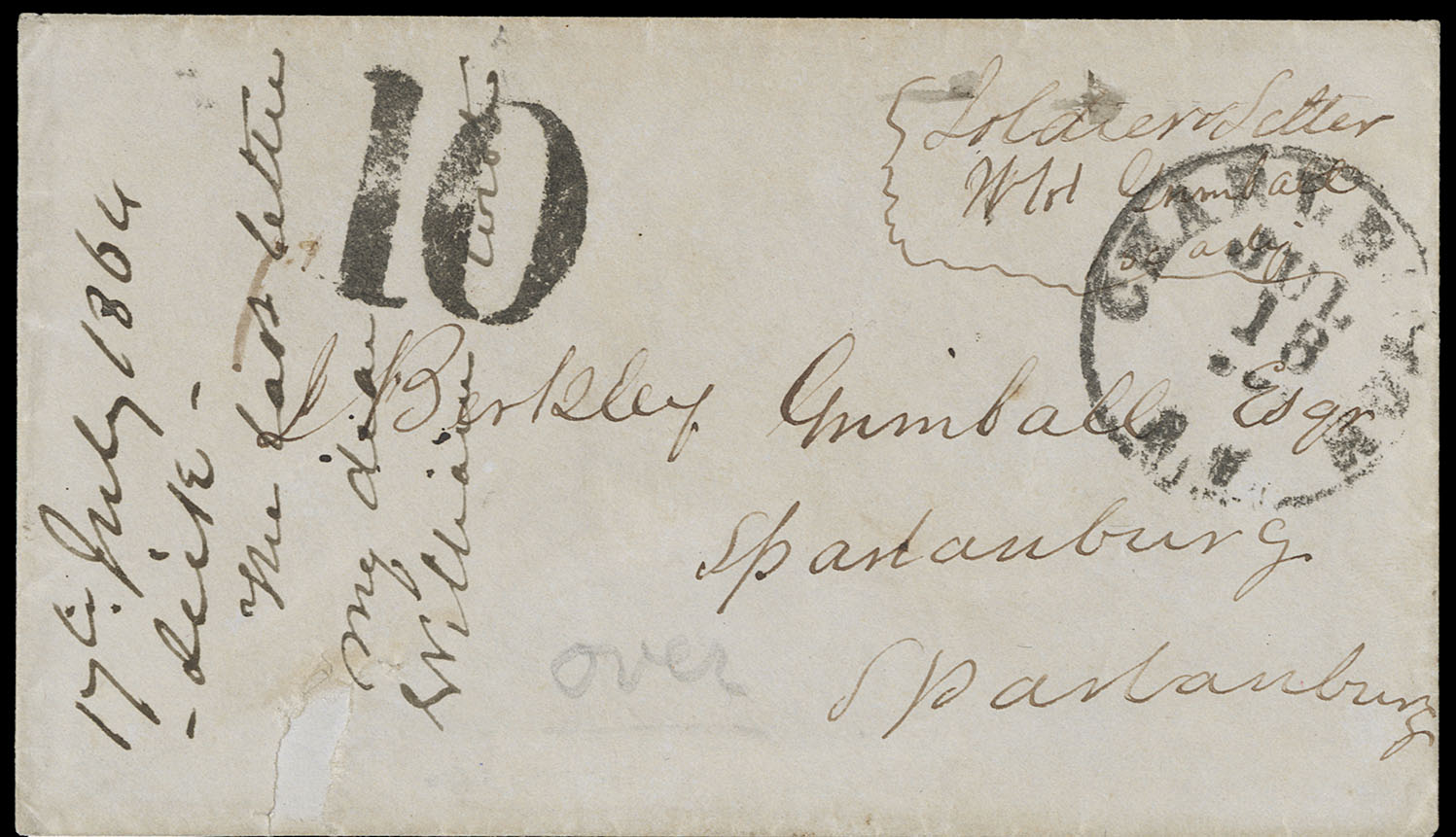 Confederacy, 1864 (c.) CSA Soldiers Letters, group of 4 comprising 1864 folded letter with #12 sheet margin from Capt. S.H. Dent, Dent's Battery, Johnson's Army to his wife in Eufaula Ala. with excellent war content as recounted by son in accompanied letter: "had completed building fortifications…that they were built under heavy shell fire with one man killed, one severely wounded, and another slightly wounded, notes how badly the battery was in need of men - that nearly 60% of those originally enlisted - he was not a captain then - were gone and several of those then on duty were partly incapacitated from previous wounds…Like with men, ammunition was also scarce and they had orders not to fire unless could see some thing at which to aim, tho under an almost continuous shell fire themselves…"; 1864 Charleston S.C. soldier endorsed due "10" use, Richmond Va. "Due 10" use from J. Egglestin of Signal Corps to Lexington Miss.; S.C. cds ties 10¢ #11 on reverse of small blue cover to Maj. W. B. Clement of the 10th Va. Cav., Genl. H.F. Lee's Brigade, Army of Northern Va., Va., F.-V.F. and interesting group.
Estimate    $300 - 400.