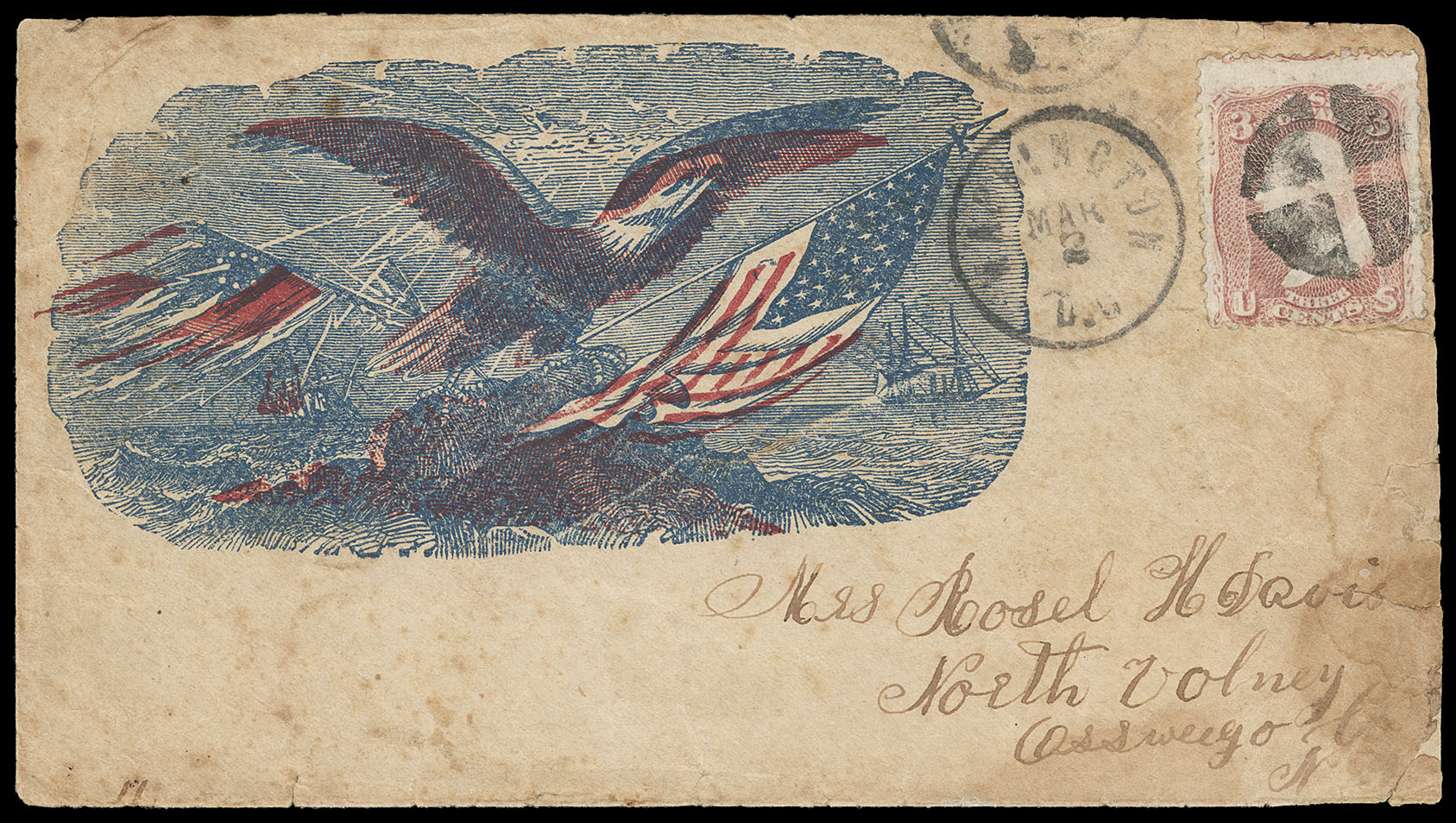 Confederacy, Camp Lewis, City Point, Va., four page letter on U.S. Christian Commission letter head datelined "City Point, February 14th, 1865" from prisoner to his wife in North Volney, N.Y., with content confirming imprisonment… "Wife what shal a husban say to his wife when he is shut up in prison", sent in eagle and flag patriotic cover sent through the line and posted with 1861, 3¢ rose tied by "Washington, D.C., Mar 2" cds and quarter cork duplex; some light cover staining, F.-V.F.
Estimate    $750 - 1,000.

AN EXTREME RARE USAGE OF A UNION PATRIOTIC COVER SENT FROM CITY POINT PRISON - ONLY FOUR EXAMPLES RECORDED IN HARRISON. 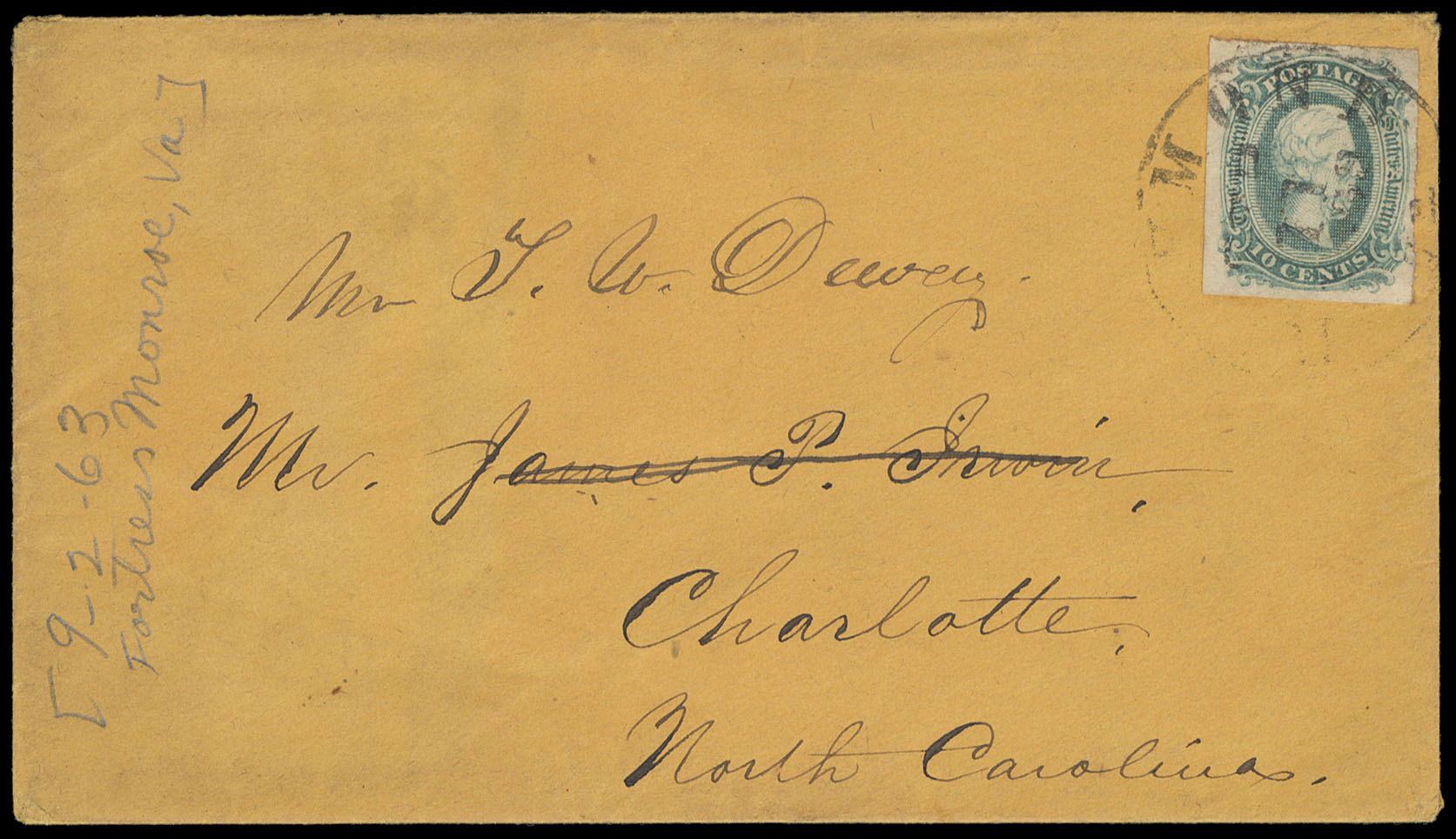 Lacy was wounded at Chancellorsville May 2, 1863. He was wounded and captured multiple times. Ultimately, he was one of the Immortal 600 confined to Fort Delaware where he was transferred to be held captive under friendly fire as retaliation for the same treatment of Union prisoners. This use is from an unidentified northern prison before confinement to Fort Delaware.