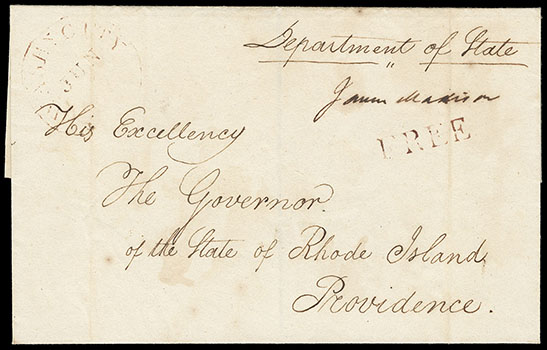 James Madison, Secretary of State 1801-1808, free frank "James Madison" as Secretary of State on June 5, 1804 folded cover with "Department of State" endorsement and addressed to The Governor of the State of Rhode Island, Providence, "Washn. City Jun" cds with matching "Free" rating handstamp; inside docketed.
Estimate    $750 - 1,000.

James Madison was appointed Secretary of State on March 2nd 1801 and served until he became President on March 4th 1809. The original letter was a circular sent to Governors announcing that the Collector of Customs at Philadelphia will forward copies of the Laws of the United States, 2nd. Session, 7th Congress. 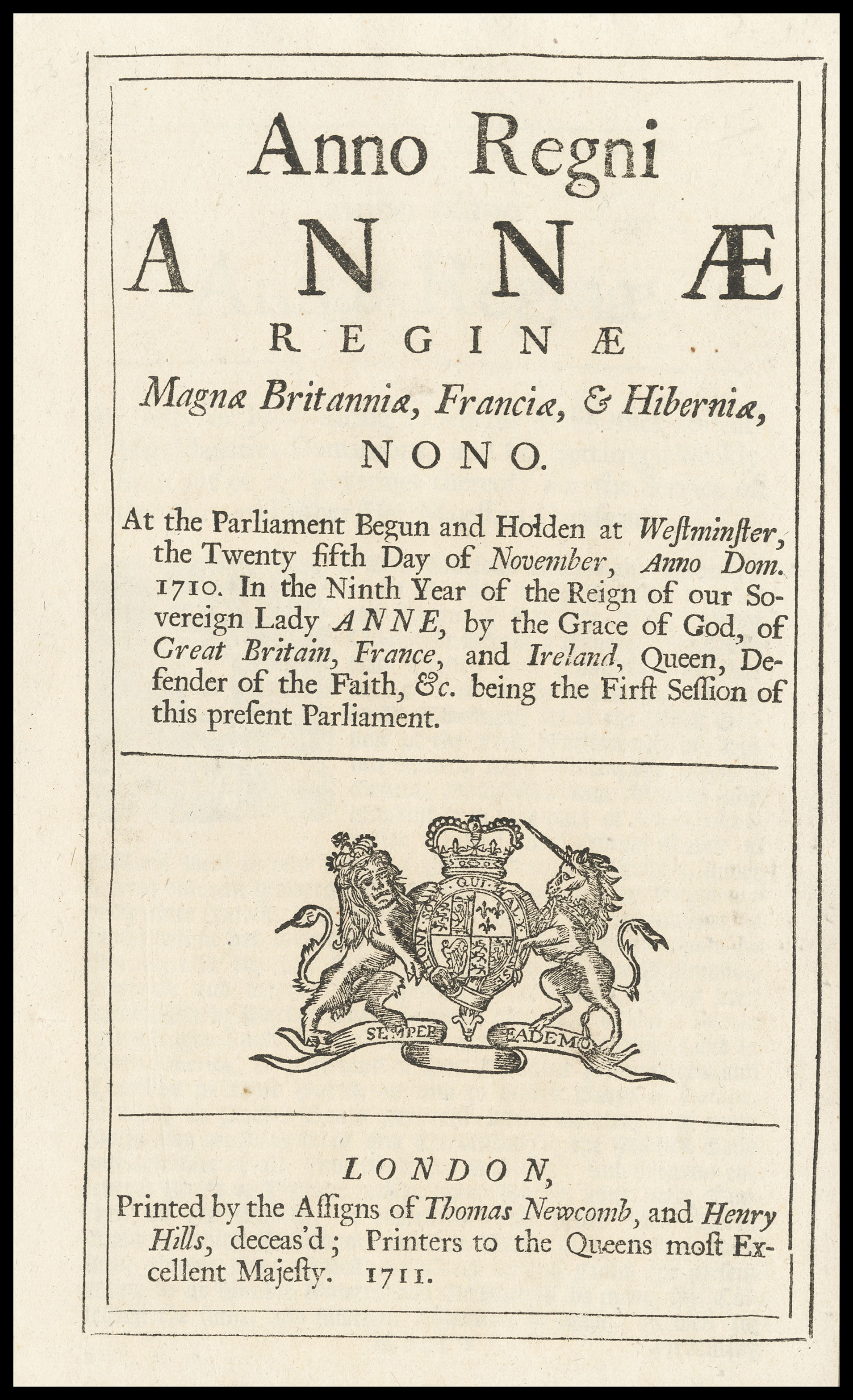