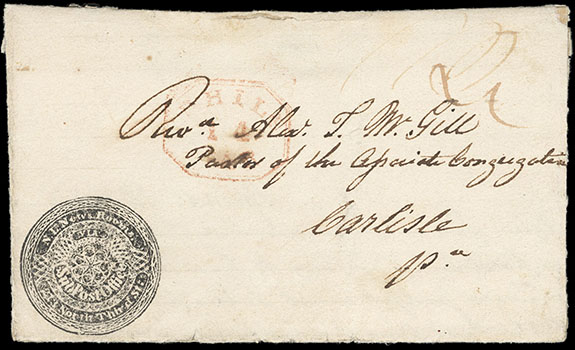 ONE OF 18 RECORDED TYPE I EXAMPLES OF THE NORTHERN LIBERTIES NEWS ROOMS - SUB POST OFFICE IMPRINT. 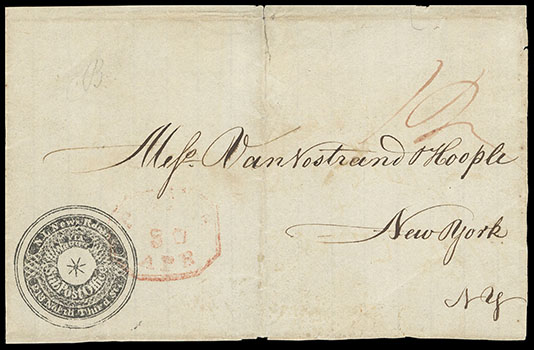 Northern Liberties News Rooms, Via Sub Post Office (Type II Imprint), similar to type I but with simplified design at center and around the rim, well impressed on cover front addressed to New York, with red "Phila, Apr 30" octagon date stamp and manuscript "12½" rate; vertical file fold with small spilt at top, F.-V.F., the C. Hahn census lists only four examples of this short-live mark from April 30th to May 21st of 1836., ex-Middendorf; with 2000 P.F. certificate.
Estimate    $4,000 - 6,000.

Northern Liberties District was immediately north of the old city, it had no post office, but was the terminus of the New York stagecoach. The Northern Liberties News Room was a hub of useful information and current events. On October 10, 1835 they advertised a "Sub Post Office" for mail to the Philadelphia post office. 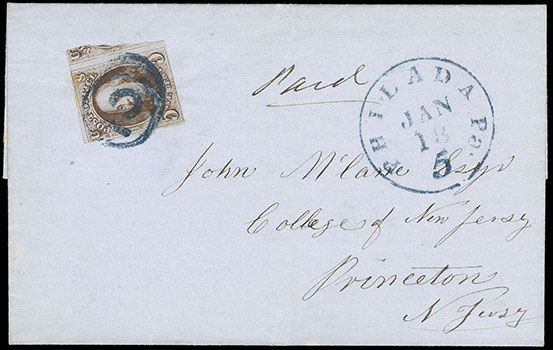 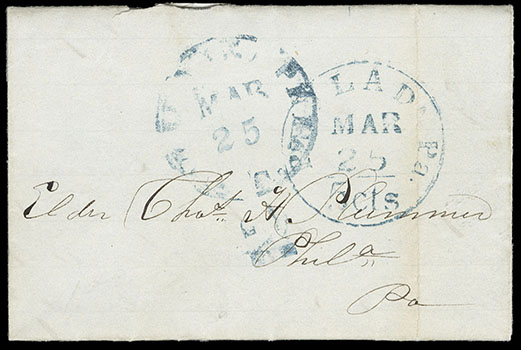 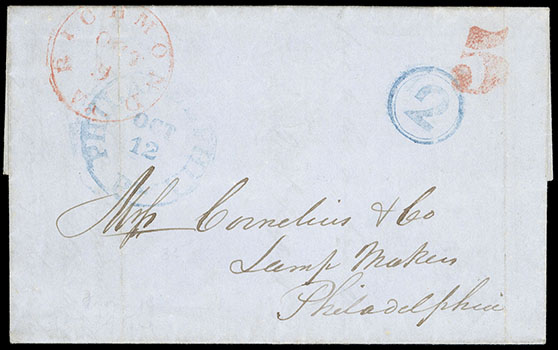