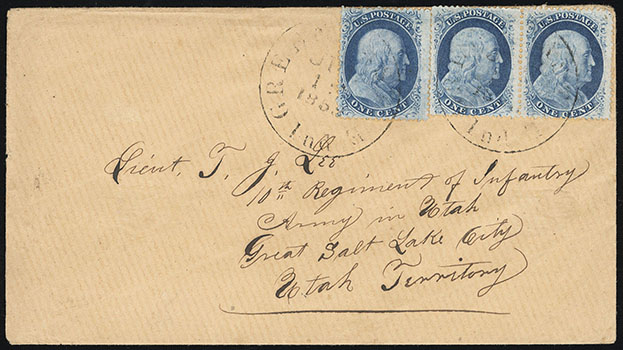 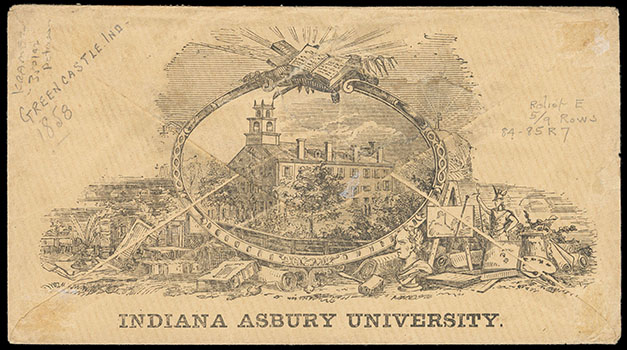 It was divulged that Federal troops were on their way to remove Brigham Young as governor, as well as all other Mormon officials. Young threatened to burn Salt Lake City if troops came into the city, and indeed he removed all the in habitants. The troops arrived, but stopped east of the city at Camp Scott. A compromise was reached in mid-June 1858, by which the troops moved straight through to the west on June 28 in order to establish Camp Floyd. This fort, ironically, was named after the Secretary of War, which had been a vigorous proponent of the strife. 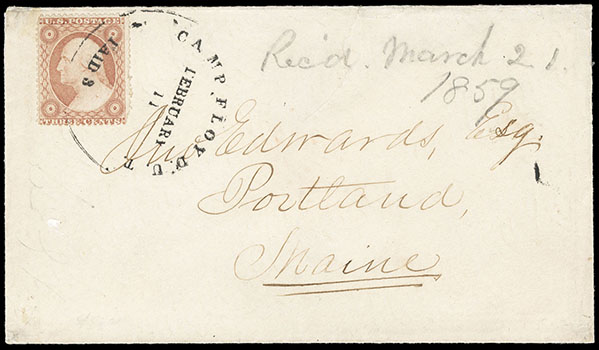 Within a week, the "Paid 3" was no longer used integrally with the townmark and was later to used independently in conjunction with this Camp Floyd postmark. 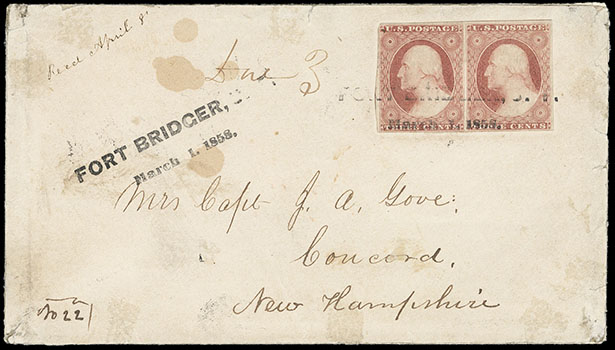 ONE OF THE FEW EXAMPLES OF THE FORT BRIDGER STRAIGHT LINE DATE STAMP AND THE ONLY USED ON THE 1851 ISSUE.

The fort was burned by the Mormons in October of 1857 at the beginning of "The Mormon War". Bridger than leased the land to the U.S. military, which rebuilt it with an official opening of June 7th 1858. This marking was struck while the fort was still under construction. 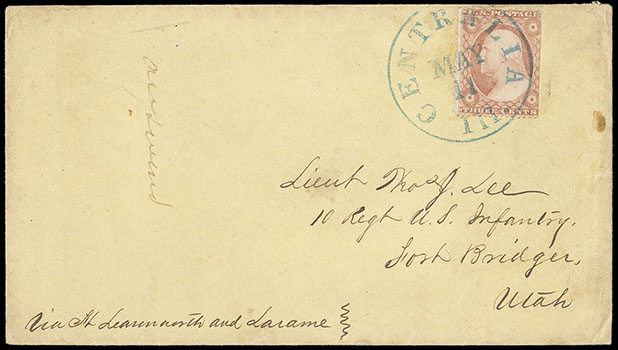 Originally an emigrant stop, by this period, Ft. Bridger was almost 100 miles out of the way. However, unlike the rest of the region, this spot had plenty of trees and fresh water. Thus, it was an ideal spot for the overland mails. 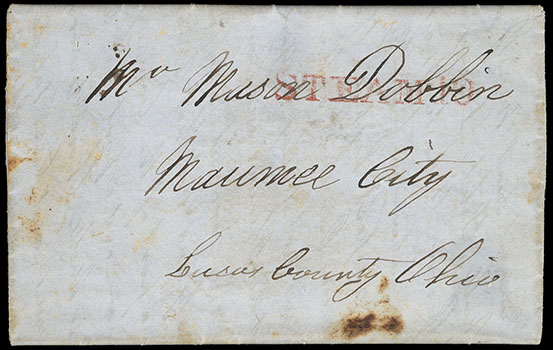 (Wyoming) Fort Laramie, June 30th, 1849, dateline on folded letter to Maumee City, O., carried to Fort Leavenworth and placed on Missouri river steamboat with red straight line "Steam 10" handstamp, with lengthy letter from immigrant to California with interesting content regarding size of various wagon trains, "no danger apprehended from the Indians" as there are so many on the road, mentions travelers lightening loads "here and about Fort Laramie, heaps and pile on tons of provisions and all other kind of valuables are thrown away…Everything but what can be packed and their mules"…"We shall now probably take the Salt Lake and Mormon City and Humbolt River route", etc.; some edge staining, otherwise Very Fine.
Estimate    $750 - 1,000. 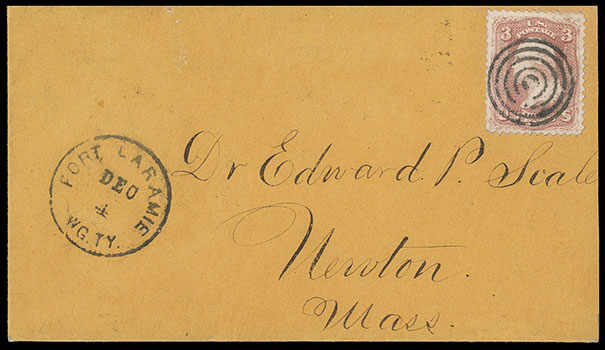 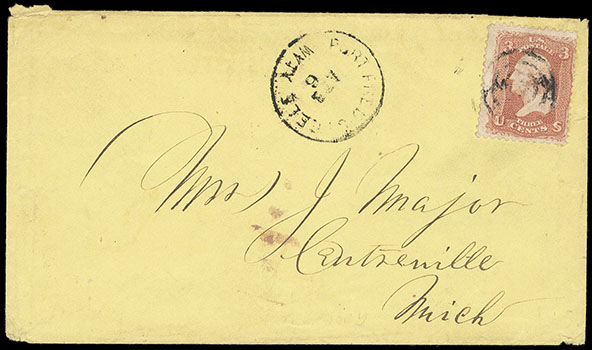