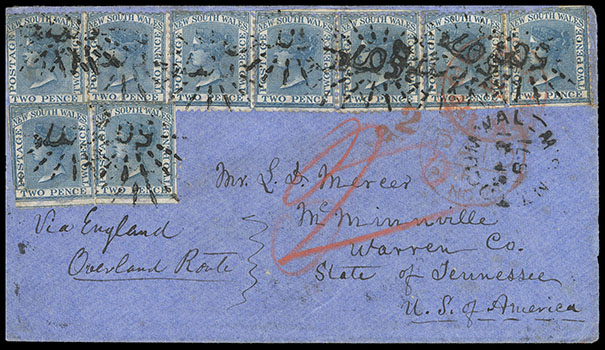 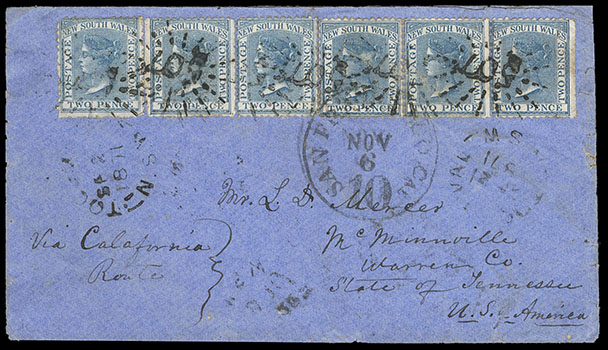 This pair of letters from New South Wales to Tennessee contain virtually identical text. They show that even after the completion of the transcontinental railroad, some mail was sent by different routes to ensure delivery. The via London letter dated September 18th reads "…I wrote to you yesterday by the California Route which should come on hand some weeks before this letter as I send this by way of England but I concluded to write by both lines, so that one letter would be sure to arrive…". 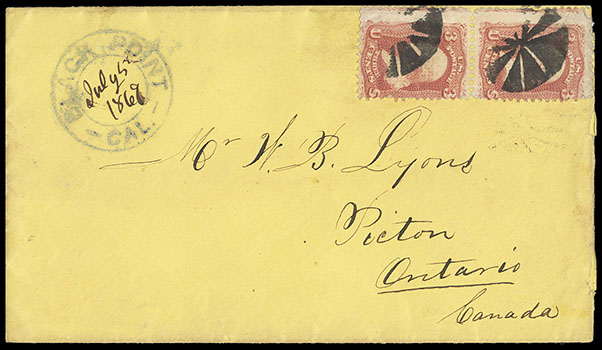