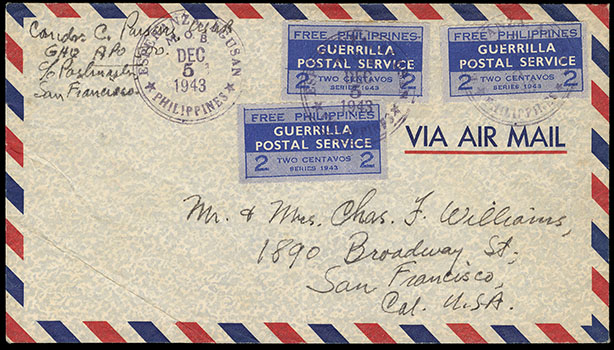 THE ONLY RECORDED TRIPLE-FRANKED USE OF THE FREE PHILIPPINES GUERRILLA POSTAL SERVICE 2C BLUE.

With only 500 stamps were issued and 36 covers known, this cover is the only known triple franking usage. All known uses are from military men. This cover was sent from Col. Charles Parsons, who was a party leader in the Allied Intelligence Bureau.

President Manuel Quezon ordered the printing of the two centavos blue for use between Guerilla units in the Free Philippines for the identification and other purposes. Due to Japanese pressure in all areas, the plan was not carried out and only Mindanao was able to use it. 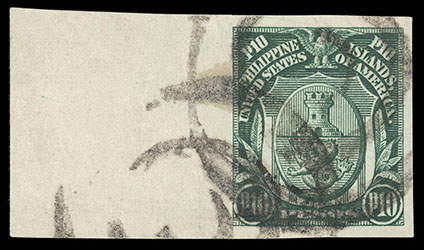