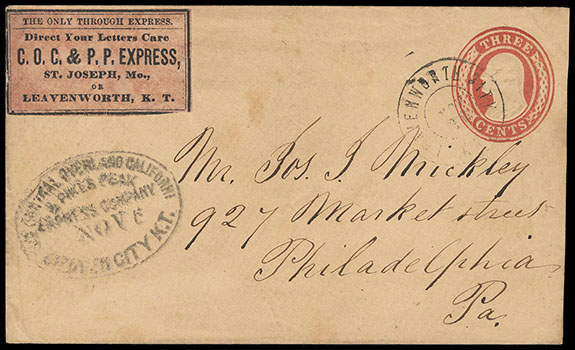 The second strike on the backflap of the "Central Overland California & Pikes Peak Express Company, Denver City K.T." oval handstamp dated "Nov. 6". These envelopes were available for purchase prior to use and this handstamp reflects the date of sale. 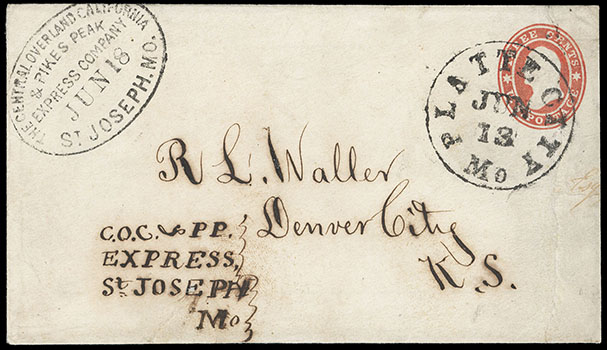 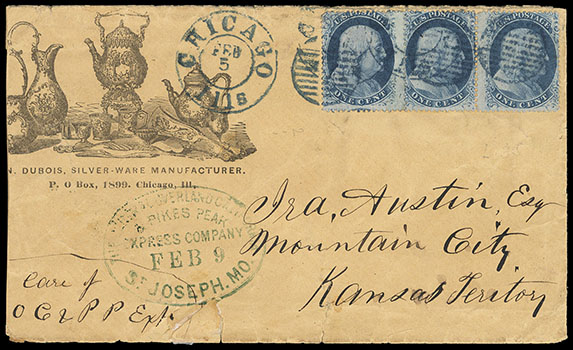 Necessarily an 1861 use from just before Colorado Territory was created since the COC & PPE did not come into existence until February of 1860 and did not have company handstamps until later that year. 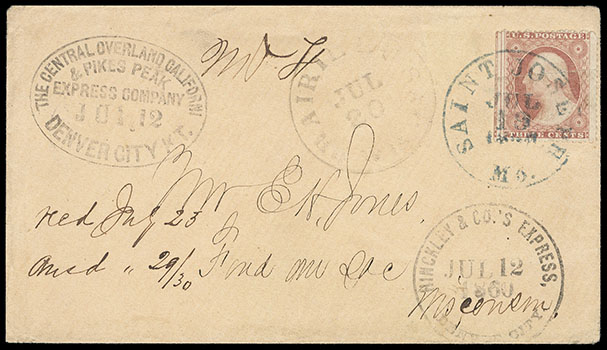 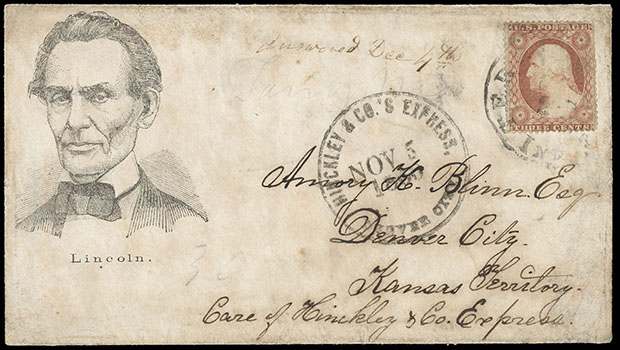 AN EXTREMELY RARE USAGE OF A LINCOLN CAMPAIGN COVER CARRIED BY EXPRESS COMPANY.

Abraham Lincoln was elected the 16th president of the United States on November 6, 1860, the day after Hinkley picked up this cover in Denver City and possibly the very day this cover was delivered. Lincoln was the first Republican to hold the office although it should be recognized political ideologies in those days were very different than now.

This campaign design, similar to Milgram no. AL-39, differs in the letter style of "Lincoln." below the portrait. 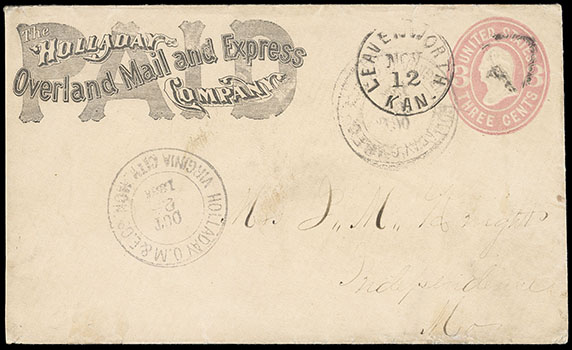 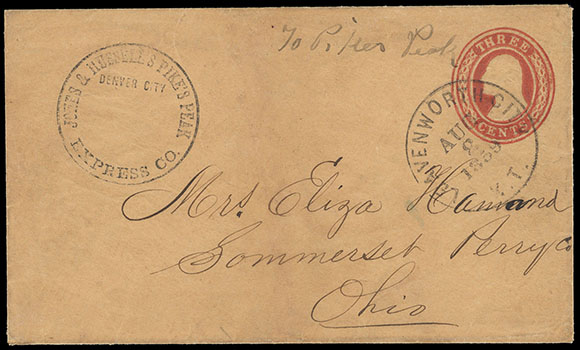 Jones & Russell's Pike's Peak Express Co., Denver City, circle handstamp without date and "To Pikes Peak" manuscript endorsement on 1853, 3¢ Nesbitt entire, evidently intended for use to the mines but instead sent outbound to Somerset, Ohio, with the similar company circle handstamp dated "Jul 29, 1859" on the reverse, entered the mails with "Leavenworth City, K.T., Aug 8, 1859" cds on the indicia; cover stain professionally removed, Extremely Fine appearance, an unusual if not unique "franked" envelope bearing the second handstamp used by this company in period, i.e., prior to being absorbed by the larger freighting partnership of Russell, Majors, and Waddell in October of 1859; with 1973 P.F. certificate.
Estimate    $750 - 1,000. 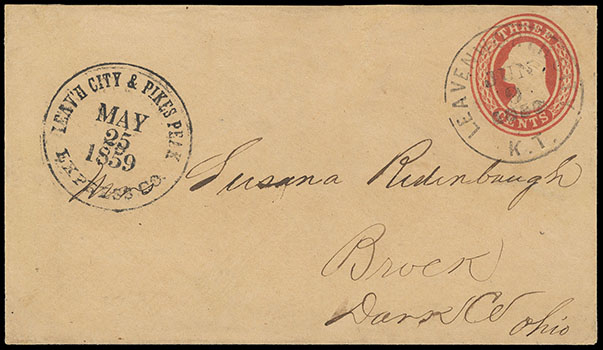 ONE OF THE FINEST KNOWN OF THIS VERY RARE COLORADO EXPRESS COVER. APPROXIMATELY SEVEN COVERS ARE THOUGHT TO EXIST. 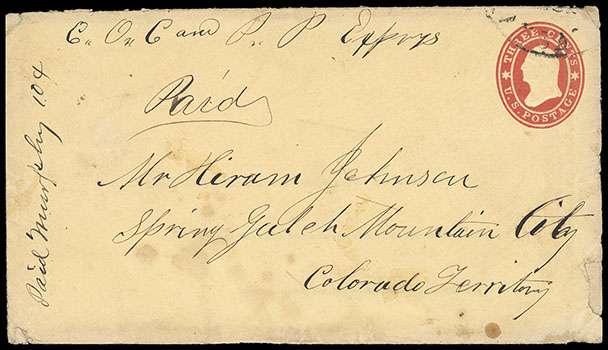 THE ONLY KNOWN MURPHY EXPRESS COVER.

When this cover was sent, Sumner in the new state of Kansas was a fairly large town 20 miles northwest of Leavenworth City. While Sumner along with Denver City and Mountain City in the newly created Colorado Territory all had Post Offices, Spring Gulch was a mining location beyond Mountain City that did not. The recipient of this letter likely prepaid Murphy to call for his letters at Denver City and perhaps Mountain City. Murphy is believed to have been John T. Murphy who was a merchant based in Nevada City, which was near Mountain City. 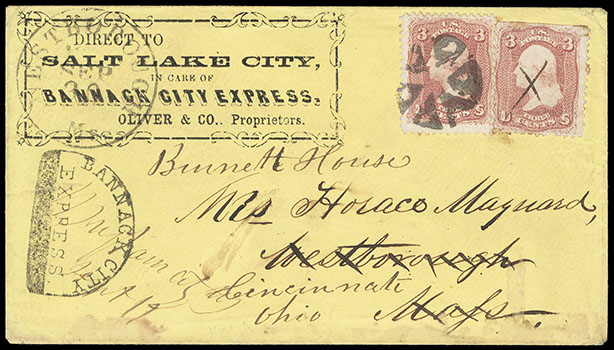 THIS IS THE FINEST KNOWN EXAMPLE OF THIS RARE EXPRESS - WITH APPROXIMATELY SEVEN COVERS RECORDED.

Oliver & Co. operated as a stage line and express company from 1862 until 1866 in the part of the original Idaho Territory that became Montana Territory in 1864. Oliver's Bannack Express ran overland from Bannack City (aka East Bannack) through unsettled Indian country to Utah Territory. Oliver's intent was to provide a direct connection to the Central Overland Route for letters going to and from the eastern states. The need for Oliver's service to Utah diminished when a mail contract between Salt Lake City and Bannack City was awarded in 1863.