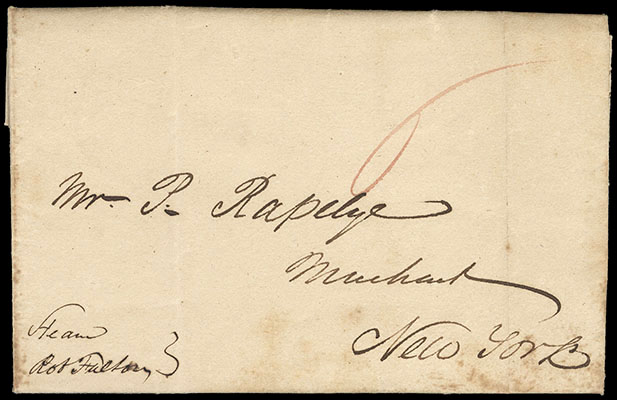 THE EARLIEST OF ONLY 7 RECORDED COVERS CARRIED BY THE STEAMSHIP ROBERT FULTON.

"Fulton" carried covers which pre-date April 28, 1823 were rated as ship letters. After that date postmasters were instructed to rate them as though carried on post roads. The ship was operated without a mail contract. 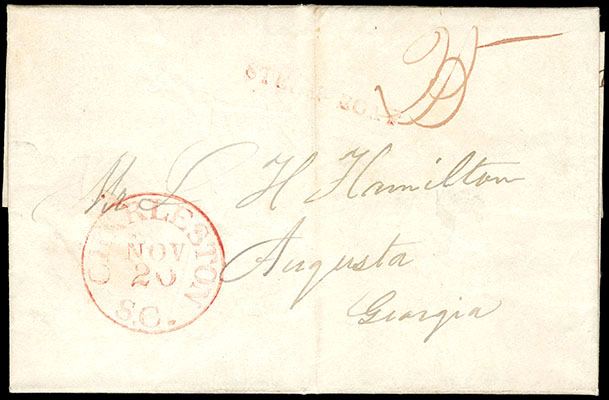 THE ONLY RECORDED COVER CARRIED BY THE NEW YORK AND CHARLESTON STEAM PACKET CO. DAVID BROWN.

Excerpts from the article: "The New York and Charleston Steam Packet Company operated from mid-1832 until early 1838, employing five ships, the "David Brown", the "William Gibbons", the "Columbia", the "New York" and (briefly and tragically) the "Home". The line managed to gain a contract with the United States Post Office, the first such contract granted to an offshore "coastal" steamship line. The "David Brown" was a small ship, 130 feet long and about 190 tons. James P. Allaire designed and built it to carry the output of his New Jersey casting works (the Howell Works) up to New York City. The Brown made a few trips in this role before Allaire began running her on a fortnightly schedule between New York and Charleston. The Brown's first voyage to Charleston was on November 17, 1832. She made four round voyages (New York-Charleston-New York) before she was taken off the line for the winter on January 20, 1833. While waiting for spring she had new boilers installed, which would permit burning anthracite coal. Operations resumed on April 20, 1833. She then operated more or less continuously, interrupted by a two-week layover in Charleston for maintenance and by delays in New York caused by a cholera outbreak. In early December, after Brown had completed 15 round trips over a period of 35 weeks, the partners again laid her up for the winter. The success enjoyed in 1833 convinced Allaire and his new partner, Charles Morgan, that the route had sufficient promise to run two ships, and they ordered another to be built.". 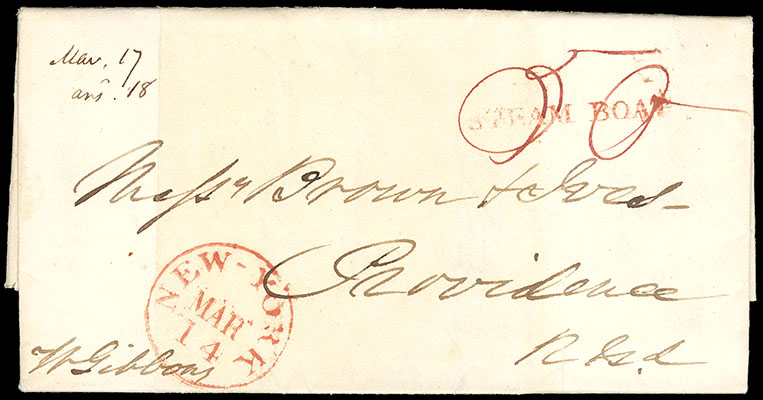 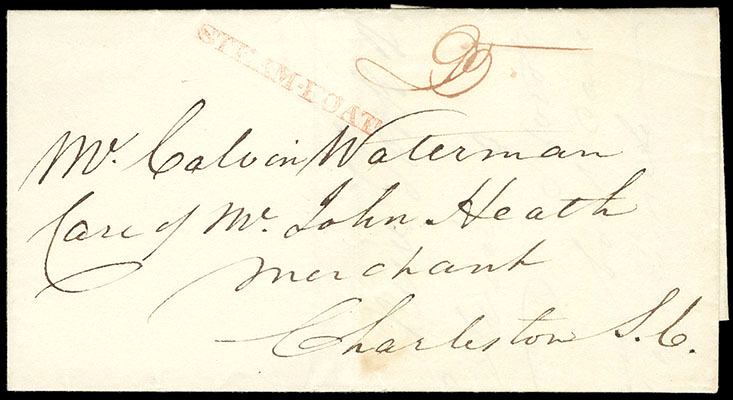 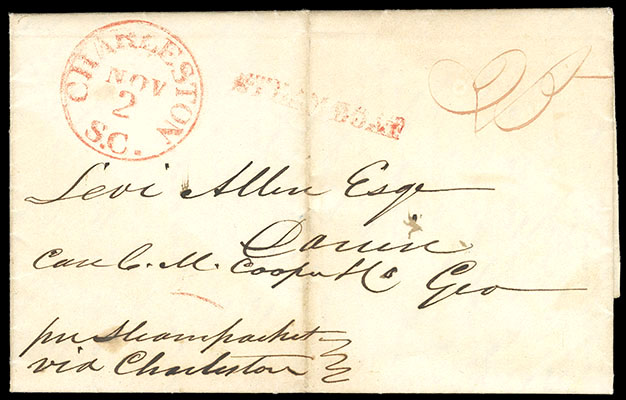 Doboy Island was located 8 miles west of Darien Geo. Charles Morgan, principal of the N.Y. & Charleston Steam Packet Co. was sending the "Columbia" to the Gulf to operate between New Orleans and Galveston. The "Home", a chartered vessel for the New York & Charleston Steam Packet Co., had been lost on Oct. 9th with 91 passengers. With Columbia's departure, only the "New York" remained operational. It would make only 7 trips before the line closed and Morgan sent it to join the "Columbia" in the Gulf. 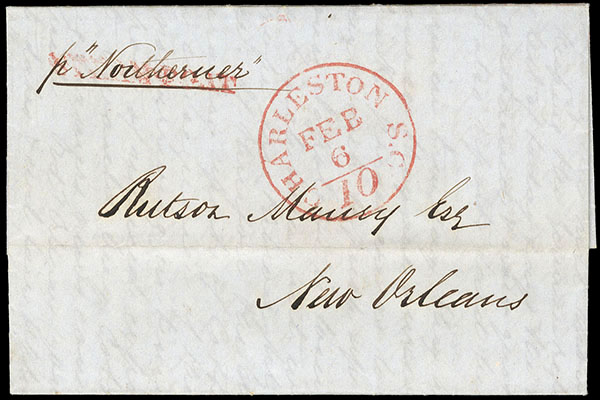 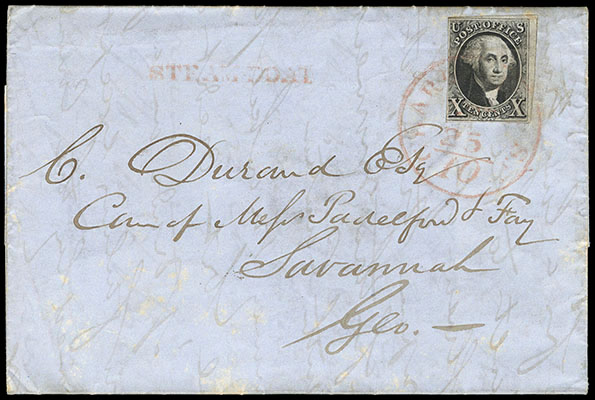 ONE OF ONLY FOUR RECORDED CHARLESTON "STEAMBOAT" USES BEARING THE 1847 ISSUE.

This folded letter from New York City was placed aboard the steamer Southerner leaving New York April 21st. The letter arrived in Charleston S.C. on April 24th, entering the mails the following day to Savannah.