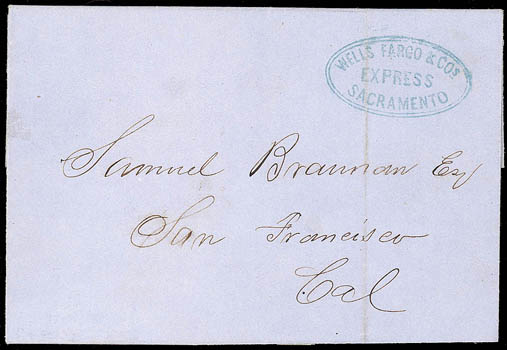 Samuel Brannan was an American settler, businessman, and journalist, who founded the "California Star" newspaper in San Francisco, California. He is considered the first publicist of the California gold rush and was its first millionaire. He is also credited with starting the California gold rush by traveling to San Francisco, waving above his head a bottle filled with gold dust, and boisterously proclaiming that gold had been discovered on the American River. Under the influence of gold fever, Brannan went on to renounce his affiliation with the Mormon Church.
http://www.rumseyauctions.com/