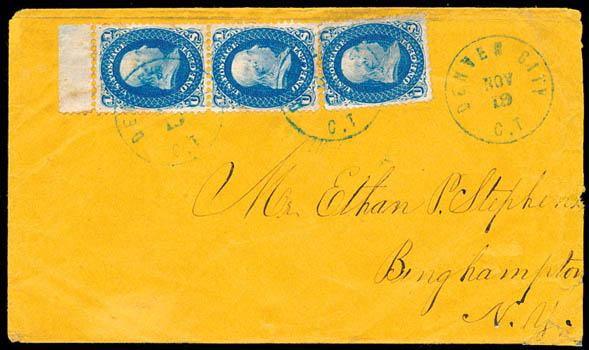 This was the first Denver postmark used with the Colorado Territory designation. According to Jarrett, the last reported use of this device was December 31, 1861.