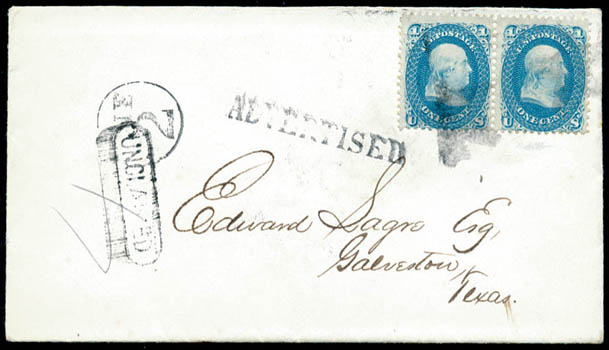 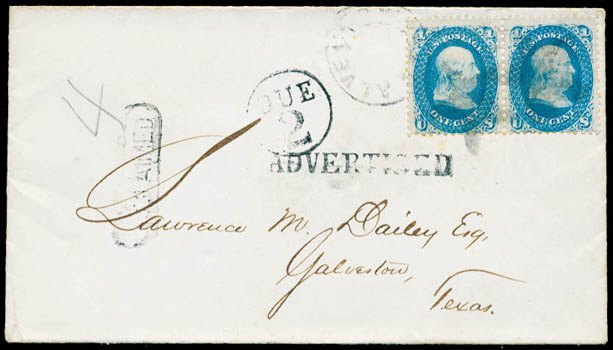 (Auxiliary Markings) Galveston Tex. Jun 23, cds on backflap of two drop covers, each bearing 1¢ blue (63) pair tied by star cancels and addressed to different lawyers in town, both with "Advertised" straightlines, "Unclaimed" framed handstamp and circled "Due 2" rating handstamp, each with additional pencil "4"; one with flap tear, F.-V.F. pair.
Estimate    $200 - 300.

These letters were apparently mailed after the June 1865 end of Civil War hostilities in Texas. They were advertised in the local paper and remained unclaimed at the post office and returned to the sender.
http://www.rumseyauctions.com/