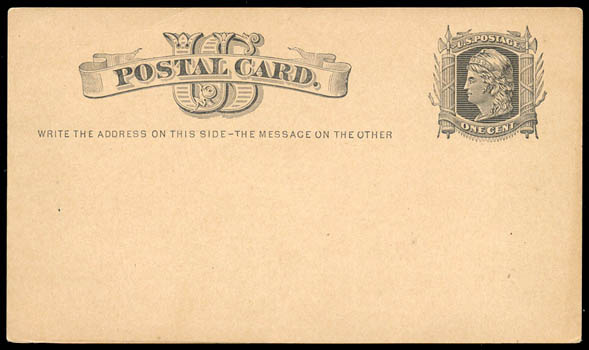 The Morgan Envelope Company retained on hand 36 cases of dark buff card stock left over from the previous issue. A telegram found in the official files applied for permission on September 4, 1875 to use up the old watermarked cardstock because "it is of no use for other purposes". A limited printing of the new black Liberty design on the old cardstock occurred in late 1876 based on used examples.