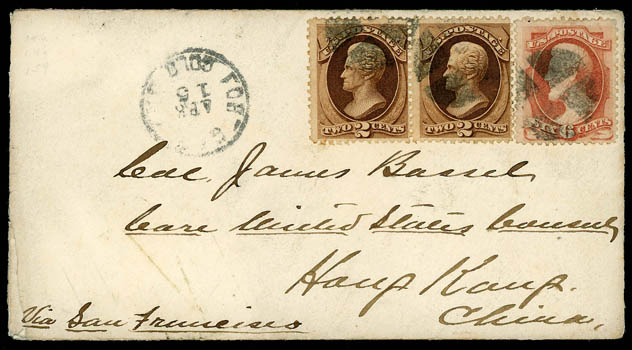 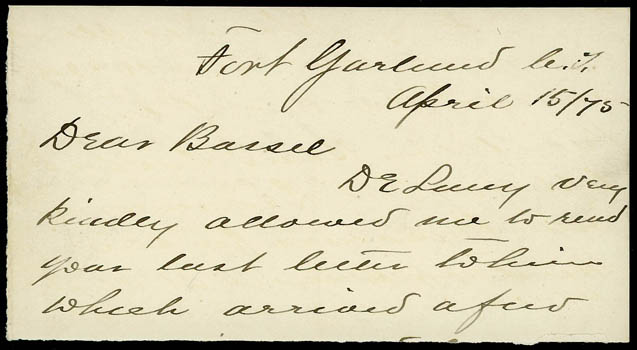 Col. James Bassel was a West Point graduate (class of 1867) who had served at Fort Garland and went to Egypt in 1874 as part of a contingent of American Soldiers and Veterans recruited by Khedive Isma'il in an effort to improve Egypt's army. Apart from their role in training the Egyptian army, the Americans supervised engineering projects and conducted important mapping expeditions in the Nile River region. Bassel was appointed Lieutenant-Colonel of Engineers, but served less than a year because "his unfitness for Egyptian service was apparent from the day of his arrival."After leaving Egypt he was employed in China and Japan by an American ship builder. Lieutenant-Colonel Bassel returned to the United States and ran unsuccessfully for Congress in 1878. (see Trepel's article: "The Bassel Correspondence: An American Soldier in Egypt", Chronicle 230, May 2011, pp. 139-145).
http://www.rumseyauctions.com/