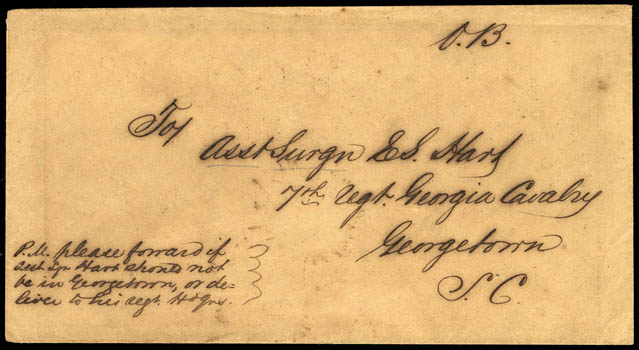 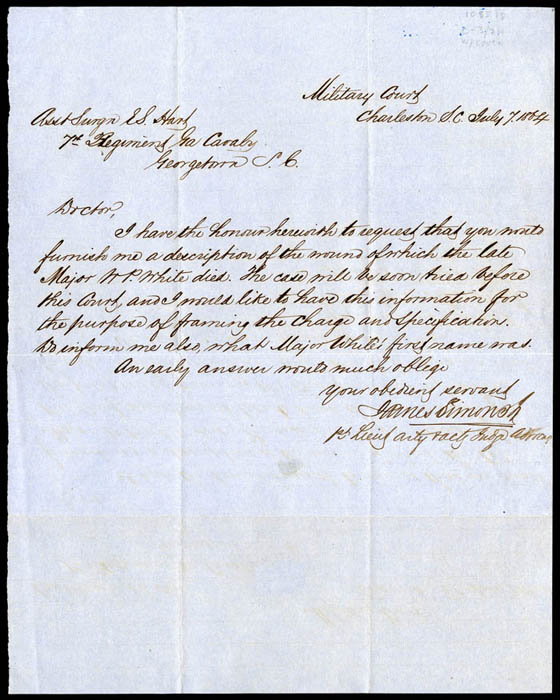 Confederacy, "Military Court, Charleston S.C. July 7. 1864", dateline on blue enclosed letter with buff cover endorsed "O.B." for official business carried by courier to Asst. Surgeon E.S. Hart, 7th Regt. Georgia Cavalry, Georgetown S.C., letter reads "Doctor, I have the honour herewith to request that you would furnish me a description of the wound of which the late Major W.P. White died. The case will soon be tried before this Court, and would like to have this information for the purpose of framing the charge and specifications…" and signed "James Simons, 1st. Lieut. Arty Actg. Judge Advocate", Very Fine, an interesting letter concerning the murder of Major William P. White.
Estimate    $300 - 400.