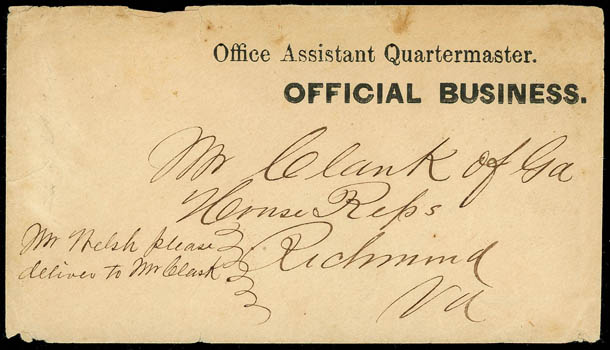 On February 20, 1862 Representative Curry of the Confederate Congress' Rules Committee suggested that a committee on Post Offices and Post Roads be established. Subsequently, on the 25th of February it was announced that nine Congressman would comprise the newly formed committee. Two of these members were W.W. Clark of Georgia and Israel Welsh of Mississippi.
http://www.rumseyauctions.com/