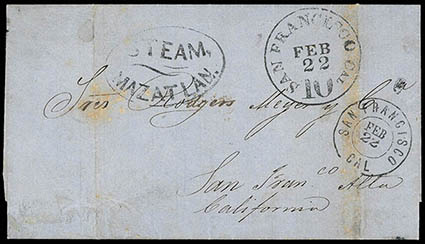 The letter would have to have crossed from Republican held territory into French held Mazatlan for a steamship to San Francisco, so this may explain the long time between writing in Fuerte and receipt in San Francisco.