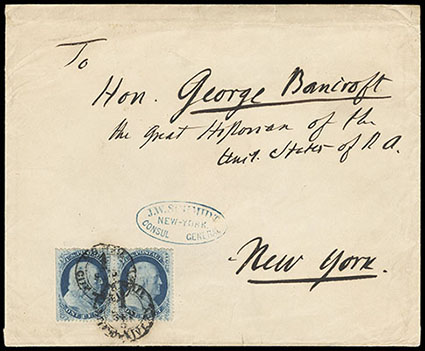 The addressee, founder of the United States Naval Academy, Secretary of the Navy, Ambassador to Great Britain and to Spain, was the pre-eminent American historian of the 19th century. His massive multi-volume History of the United States is still a basic reference today. While the sender's address may have been rather flowery, it hardly overstated the case.