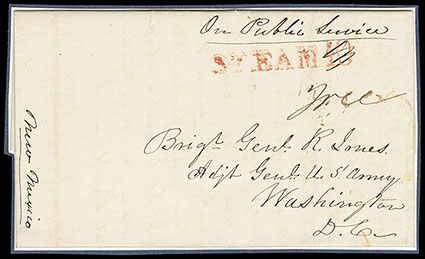 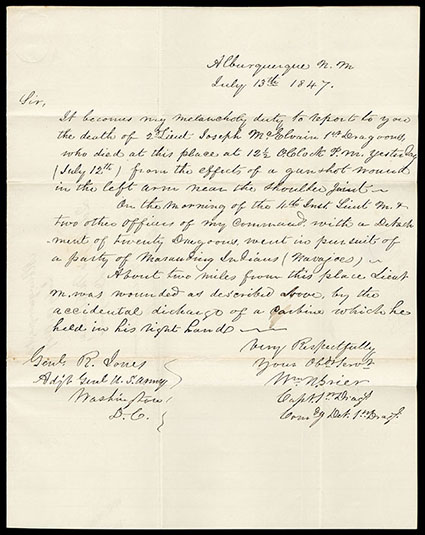 This letter was written by Captain William N. Grier, a member of the Doniphan's Expedition that seized Santa Fe at the beginning of the Mexican War. Letter reads: "It becomes my melancholy duty to report to you the death of 2d. Lieut. Joseph McElvain 1st Dragoons, who died at this place at 12½ O'Clock P.M. yesterday (July 12th) from the effects of a gunshot would in the left arm near the shoulder joint. On the morning of the 14th Inst. Lieut. M. & two other officers of my command with a Detachment of twenty Dragoons went in pursuit of a party of Marauding Indians (Navajos). About two miles from this place Lieut. M. was wounded as described above by the accidental discharge of a carbine which he held in his right hand, Very Respectfully, Wm. Brier".