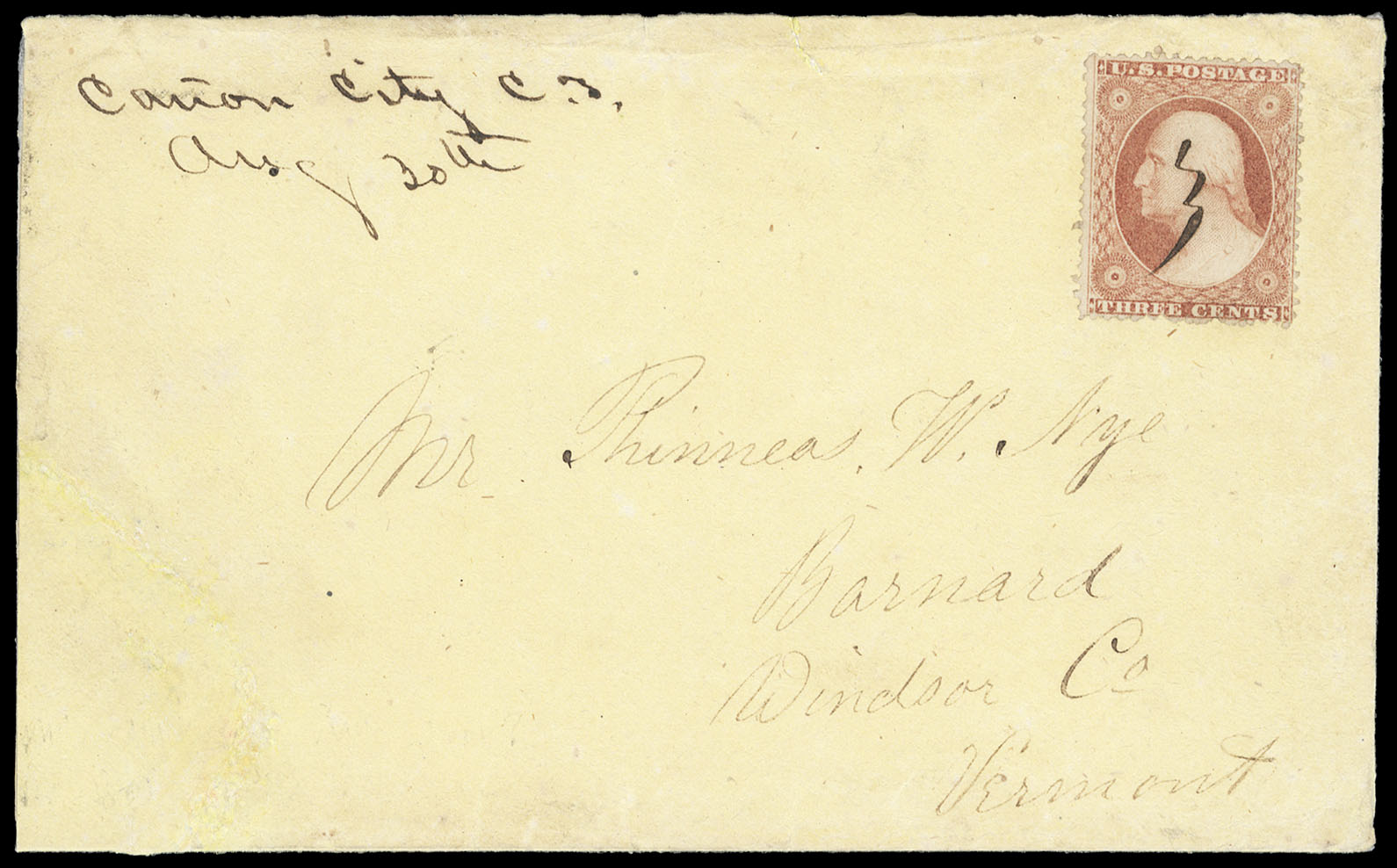 At the entrance to the Royal Gorge of the Arkansas, Canon City became a transportation and supply center for the surrounding territory. It was the only post office in that part of Utah Territory which became part of Colorado. This office was established in Kansas Territory December 13, 1860 and transferred to Colorado Territory in 1861.