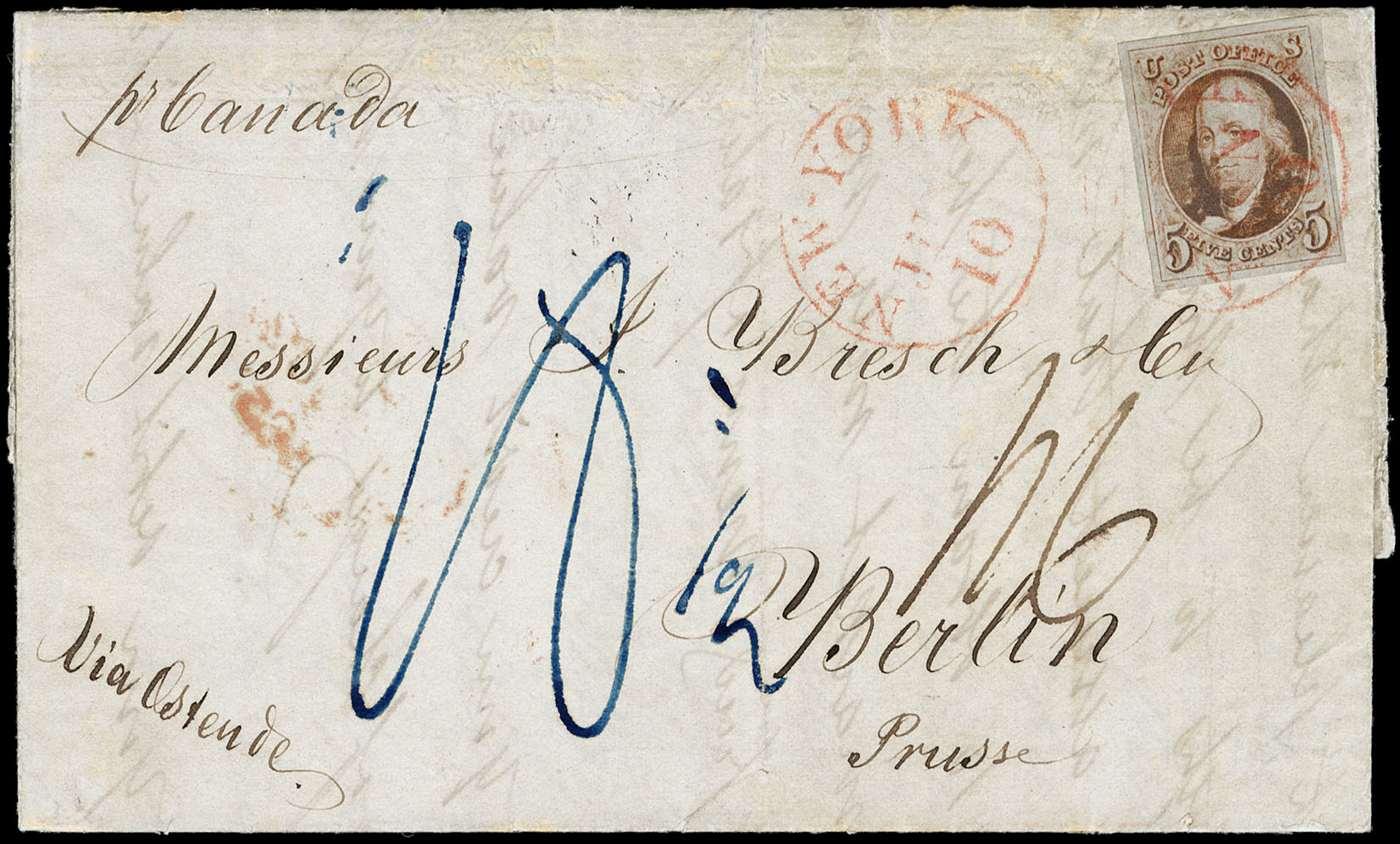 A RARE USE OF THE 1847 ISSUE TO BERLIN, PRUSSIA IN THE SCARCE ORANGE BROWN SHADE.

Only two covers bearing the 1847 issue are recorded to Berlin, the other is an attempted demonetized use where most of the stamp was torn away.