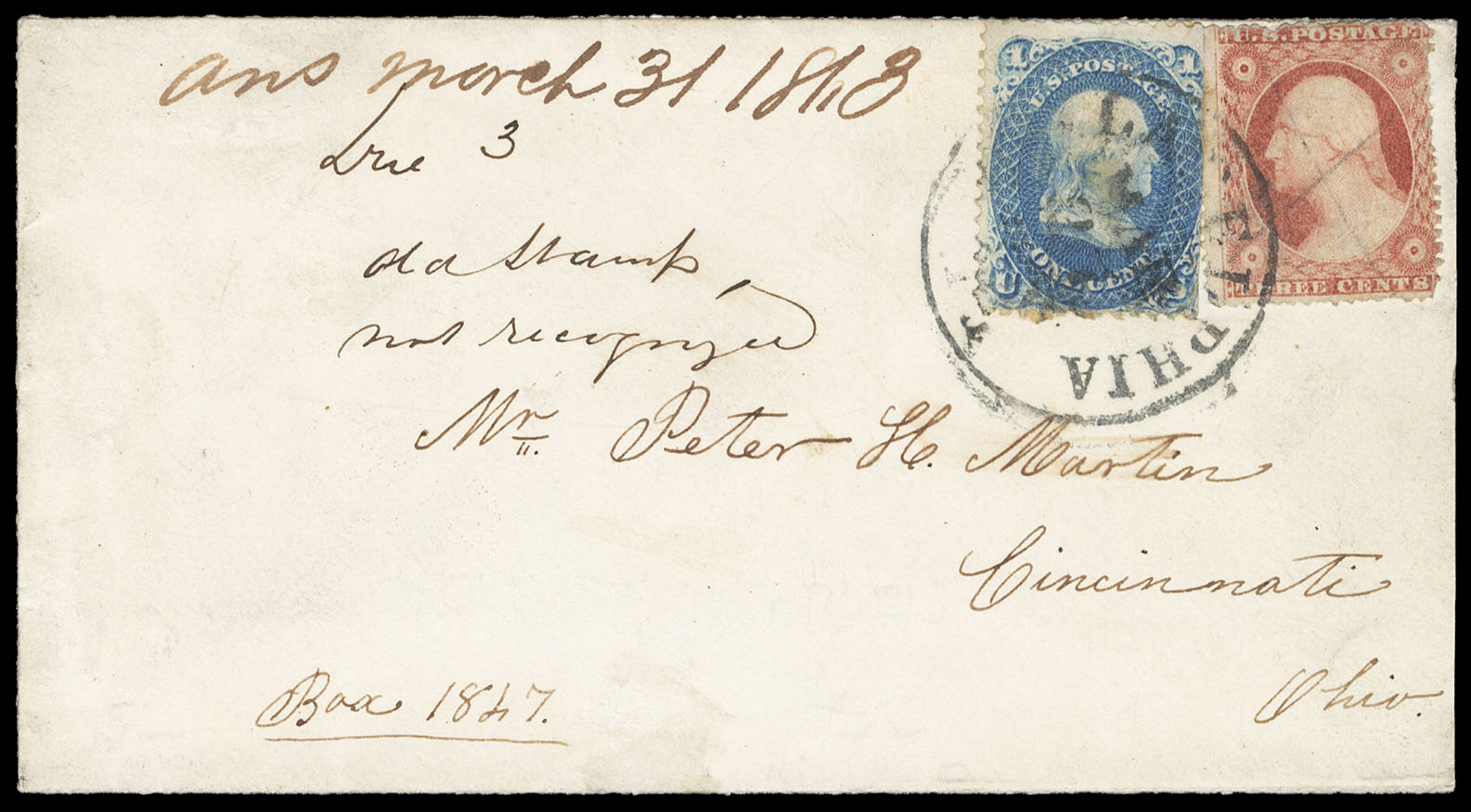 A RARE ATTEMPTED DEMONETIZED USAGE OF THE 3¢ 1857 ISSUE.

Philadelphia apparently accepted the use of the 3¢ 1857 Issue as prepaying of the 3¢ letter rate, but it was not accepted at Cincinnati and as a result was marked "Due 3".