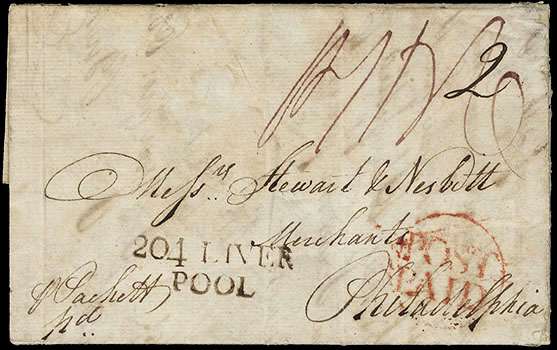 After the American Revolution, British authorities asked Benjamin Franklin to reinstate the New York packets under the old terms, including that no U.S. ship fees were to be charged on incoming packet letters. Anxious to restart commercial relations, the American government agreed.