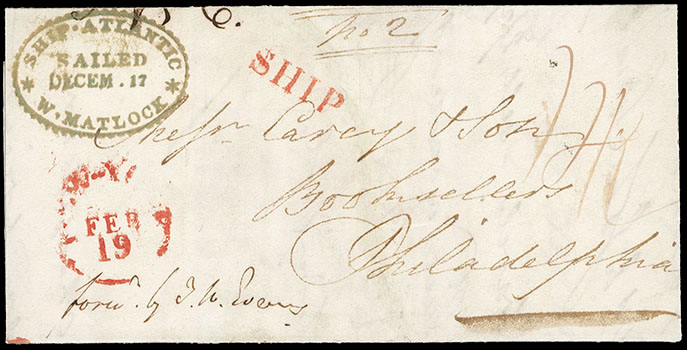 ONE OF ONLY THREE RECORDED "SHIP ATLANTIC, W. MATLOCK" PURSER NAME-OF-BOAT HANDSTAMPS STRUCK IN OLIVE GREEN, ALL USED ON THIS SAILING ONLY.

Letter to the publisher and bookseller Matthew Carey, a revolutionary, close friend of Benjamin Franklin and John Adams, and early advocate of strong naval power as a necessary role of federalism.
http://www.rumseyauctions.com/