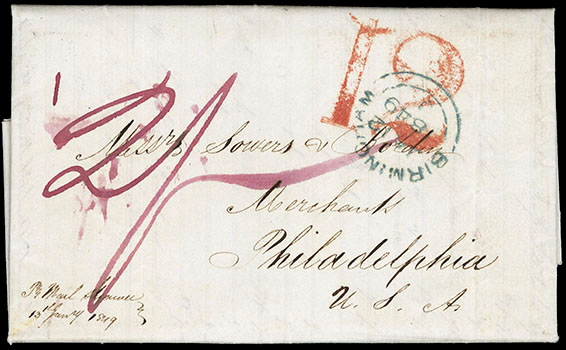 Letter carried on 2nd of only 4 Cunard mail westbound voyages to the United States during the six-week period when pre-retaliatory rates were resumed before U.S.-G.B. postal convention became effective.

After the U.S. British Postal Convention was signed in December 1848, the retaliatory rate was rescinded by the Postmaster General on 3 January 1849. Rates reverted to those in force pre-June 1848, so incoming British packet letters were again treated as unpaid ship letters.
http://www.rumseyauctions.com/