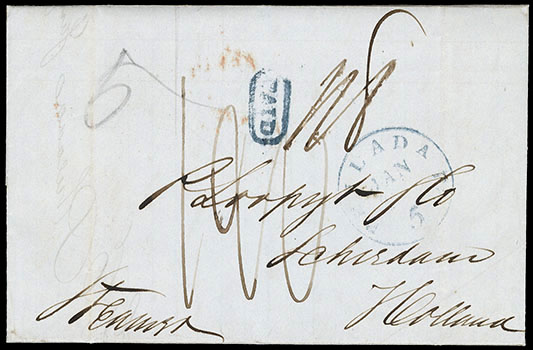 Philadelphia erred in collecting only 5¢ as distance to Boston was over 300 miles and required a 10¢ prepayment. Postal clerk may have been thinking of the new British Open Mail rate of 5¢, which had been announced but was not yet effective. Scarce example of restored rate to the Netherlands, a rate in effect for six weeks only from 3 Jan-15 Feb 1849.