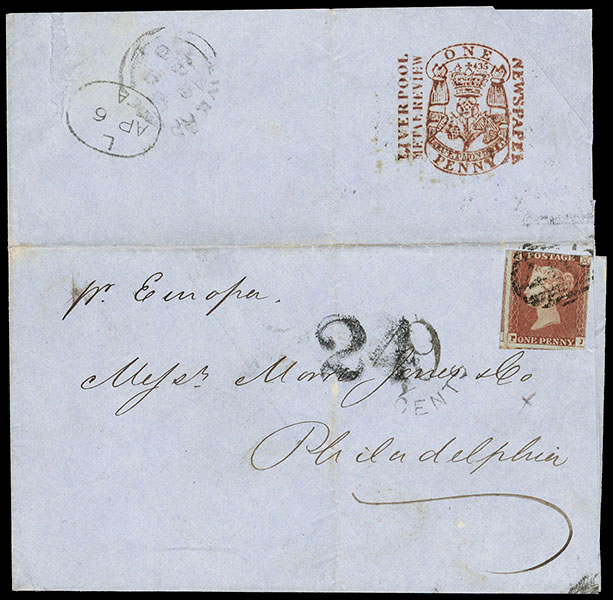 THE EARLIEST SURVIVING CIRCULAR TO PHILADELPHIA UNDER THE 1848 TREATY.

Articles XV and XVI of the 1848 treaty specified that newspapers and circulars could be sent for 1d from Great Britain, or 2¢ from the United States. No accounting was required. Written matter was not permitted, and if found resulted in the full letter rate being charged. Each item had to be unsealed to allow easy inspection. The red handstamp paid no postage, but signified that a newspaper tax had been paid at 1d per 4 ounces.