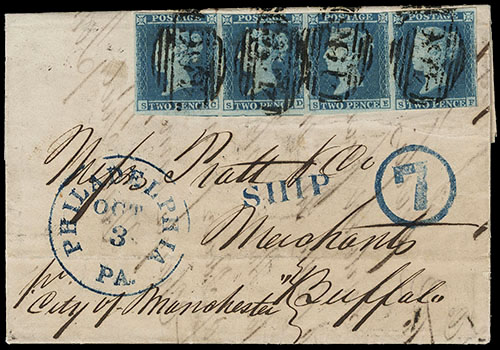 Letter carried on the second voyage of the "City of Manchester" and fifth voyage of the Inman Line. The Inman Line operated from Liverpool to Philadelphia from 1851-1856, then shifted the U.S. terminus to New York beginning in 1857.
http://www.rumseyauctions.com/