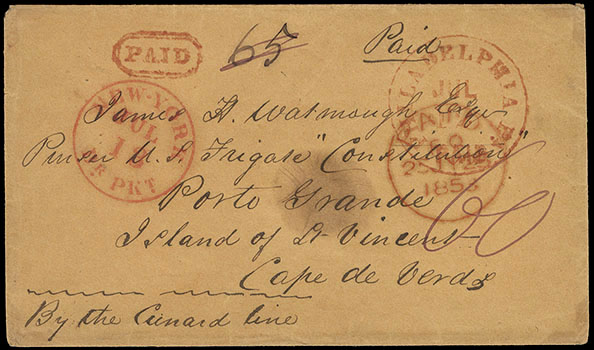 The U.S. Navy's Africa Squadron operated antislavery patrols, in cooperation with the Royal Navy's West African Squadron, along the west African coast from 1819 to 1861. The American squadron was based at Porto Grande in the Cape Verdes.