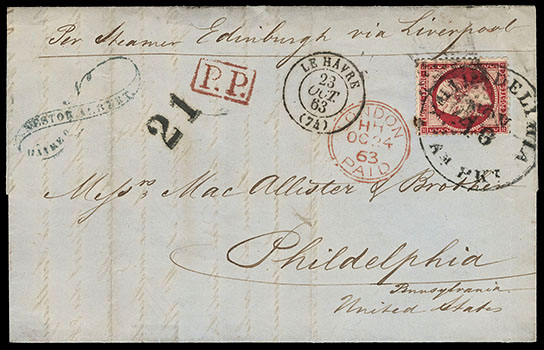 Vanderbilt ships were American-flagged vessels. When the Civil War began in April 1861, all of Vanderbilt's ships were chartered to the government for military use, which put a permanent end to their mail service. U.S.-British treaty mails carried by other lines were unaffected. In 1860, the Inman Line expanded their New York - Liverpool schedule from bi-weekly to weekly service.
http://www.rumseyauctions.com/