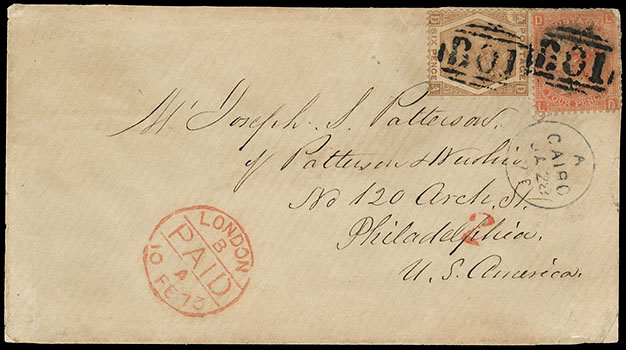 Senders could stipulate that letters from Alexandria to Great Britain should go via Southampton, but letters not so-endorsed would default to the steamship route via Brindisi, then overland by rail, a saving of five to seven days.