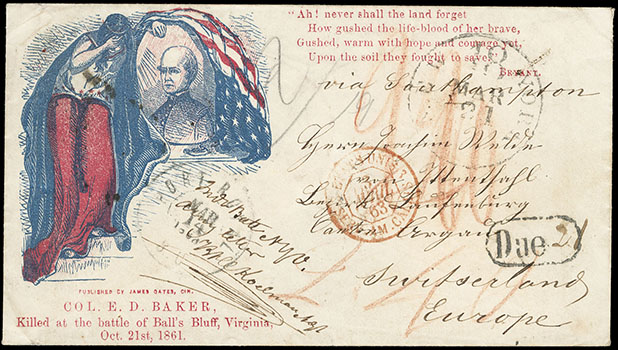 In response to President Abraham Lincoln's call for 75,000 volunteers to help defend the nation's capital following the fall of Fort Sumter to Confederate forces in mid-April 1861, Col. E.D. Baker raised a regiment at the dawn of the American Civil War, recruiting soldiers from New York City and Philadelphia. Offered a commission as brigadier-general of volunteers on May 17, 1861, he declined the honor, opting instead to serve as the Colonel of the 71st Regiment, Pennsylvania Volunteer Infantry and Major-General of volunteers 1861. However, his tenure was short-lived. On October 21, 1861, he was killed in the Battle of Balls Bluff, Virginia.