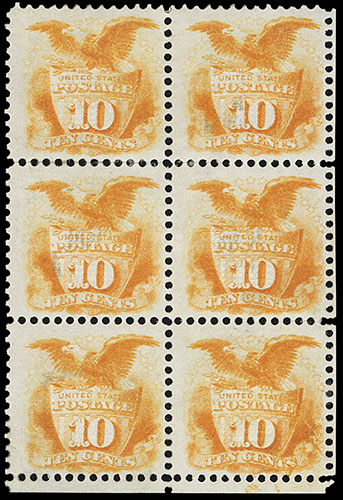 A RARE ORIGINAL-GUM BLOCK OF SIX OF THE 10¢ 1869 PICTORIAL ISSUE, THERE IS ONLY ONE LARGE BLOCK RECORDED.

According to the census of 10¢ 1869 multiples by Michael Laurence (Chronicle, February 1974), another block of six from the Burrus collection has now been reduced to a block of four (ex-Bechtel, Zoellner).
http://www.rumseyauctions.com/