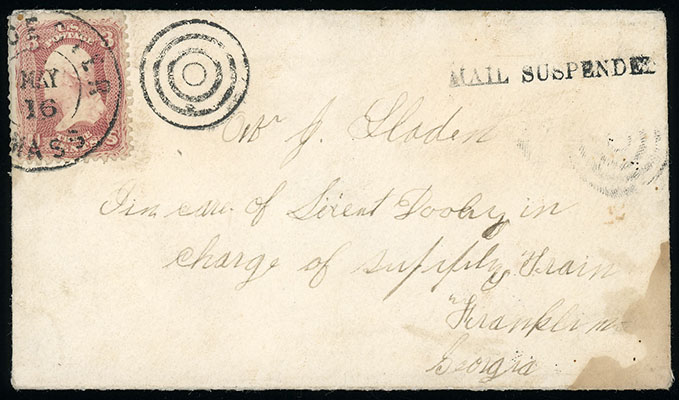 A RARE MARKING APPLIED AT NASHVILLE TO INDICATE MAIL ROUTE WAS NOT OPERATIONAL. 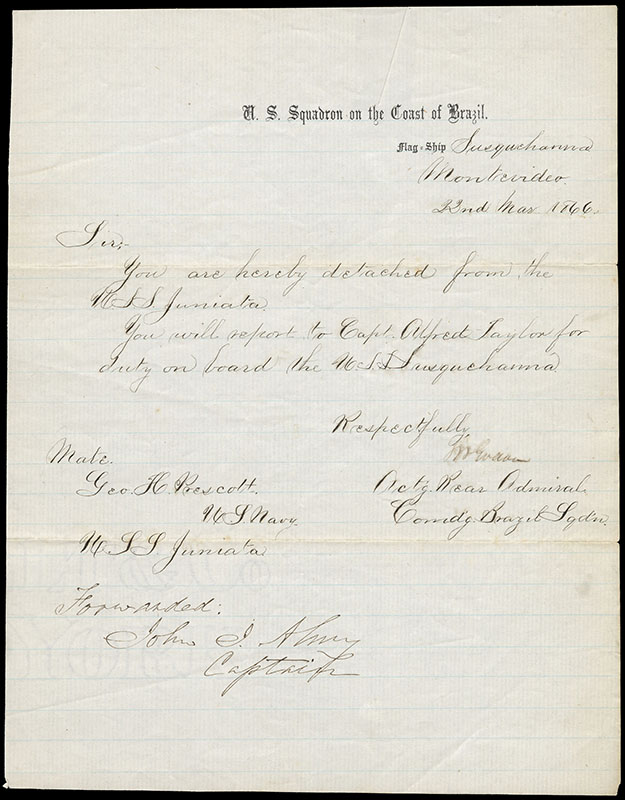 George H. Prescott (1840-1907) of Westfield Mass. served as a mate on the U.S.S. Janiata and other vessels during and after the war. This collection includes leave and discharge papers, a part of 1864 orders signed by Secretary of Navy Gideon Welles, an 1863 letter testifying to his navigational skills, correspondence regarding his post-war career as a steamship captain, genealogical notes, an 1868 letter signed by David Dixon Porter as Superintendent of the Naval Academy recommending Prescott to employers, etc.