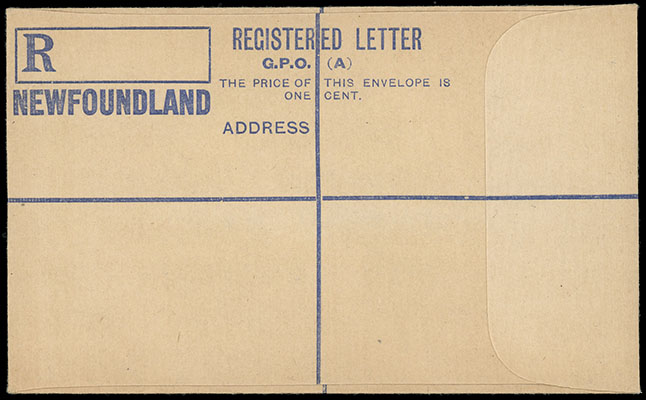 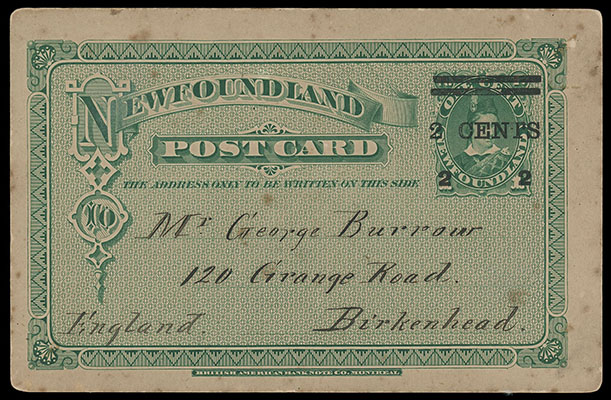 ONE OF ONLY SIX RECORDED USED EXAMPLES OF THE 2¢ ON 1¢ GREEN SURCHARGED POSTAL CARD.

A shortage of 2¢ postal cards in early 1889 required the surcharge of 700 of the 1¢ Prince Edward cards. First day of usage was May 14, 1889 when George LeMesserier, Sr. sent one to stamp dealer G.B. Calman in New York City. Calman noted the surcharge and cabled dealer Nils Ohman in St. John's, and they cornered the market. The only known used cards (five)after the 14th were sent by Ohman. On July 22nd, new 2¢ postal cards arrived ending the provisional period. At that time, LeMesserier answered an inquiry that "…the small quantity issued had already been disposed of…" providing Calman and Ohman's names and addresses. The June 12th card here was for sale of eight cards to an overseas customer by Ohman, who masked his identity by signing "C.D." .