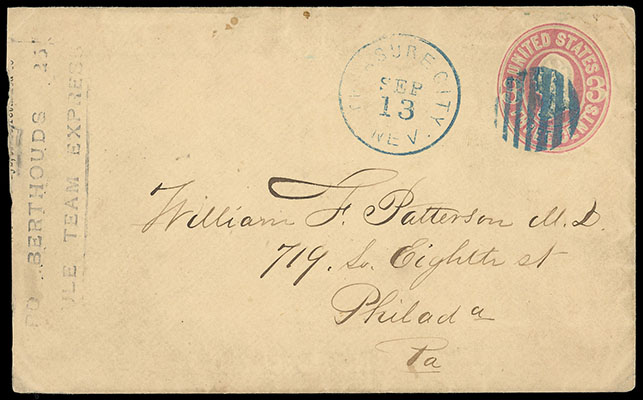 ONE OF ONLY TWO RECORDED EXAMPLES OF THE BERTHOUDS MULE TEAM EXPRESS FRANK.

Silver was discovered in this area in 1867 and by November of that year, the first cabins were built on Treasure Hill. Treasure City was founded in 1868 in the White Pine Mining District and within a year had a population of 6000. The town reached its peak in 1869. By 1870, most of the population began to leave town, due to the lack of good ore. The business district was destroyed by fire in 1874 and never rebuilt. Very little is known about this express. 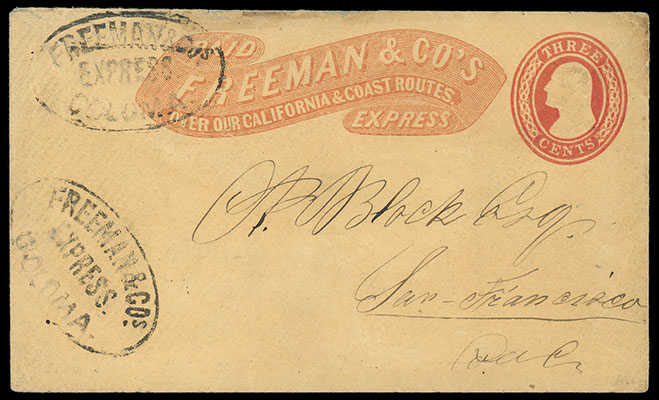 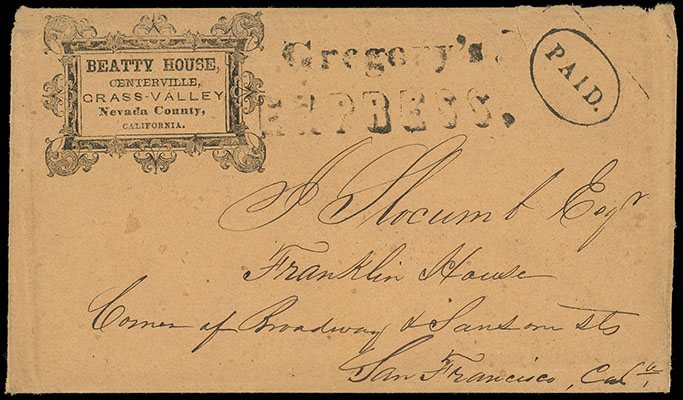 Gregory's Express., two-line handstamp with matching bold "PAID." in oval handstamp on 1851 orange cover with fancy printed "Beatty House, Centerville, Grass Valley" corner card to San Francisco Cal., original letter datelined "Grass Valley Decr 28th. 1851" from J.W. Fish reading in part "…Our mining laws here expire on most of the Hill, on the 1st Jany & it is necessary having claims, on most of them that I should be here to present them or at least see that no advantage is taken of me…I have expended already a considerable in prospecting & shall be pretty hard up until I realise some thing from claims here…"; top edge tear and some wear, otherwise Very Fine.
Estimate    $400 - 600.

F.W. Fish was appointed the Recorder of Prospect Hill on February 25th 1852. 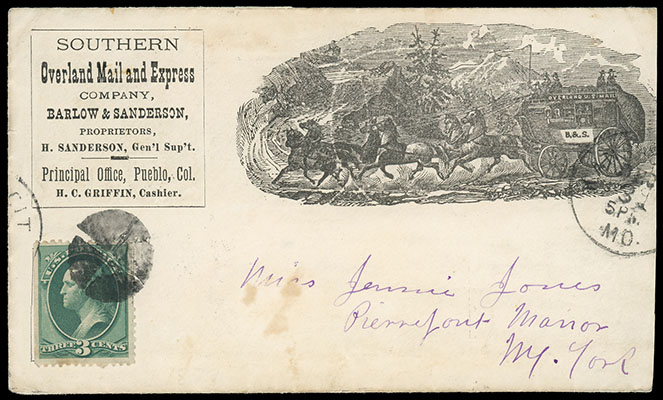 Barlow and Sanderson was a dominant express company in southern Colorado and the San Juan Mountain region. It eventually gave way to the advancing railroads. 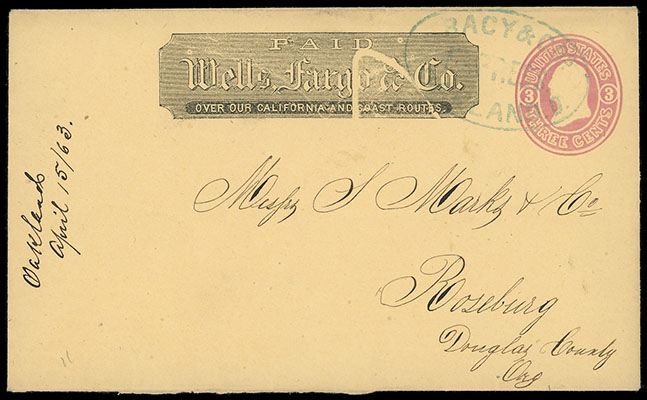