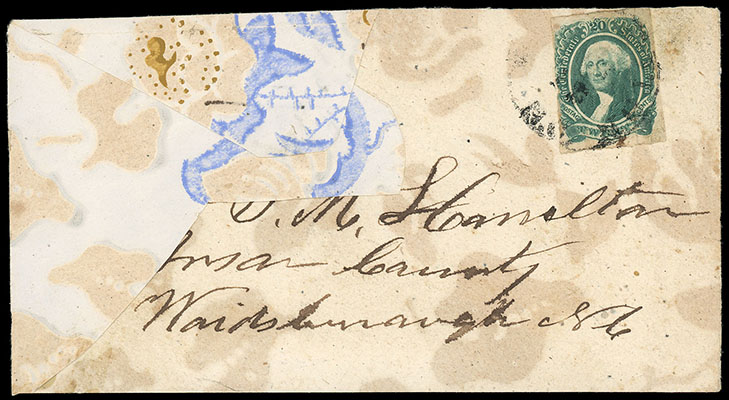 Nathaniel P. Thaxton was in Company B, 10th Virginia Battalion Heavy Artillery, Army Northern Virginia. The 10th Battalion, Virginia Heavy Artillery, also known as Allen's Battalion, was organized April 14, 1862, at Richmond, Virginia with five companies. It surrendered at Appomattox Court House on April 9, 1865. The unit served in the Department of Richmond until 1865 when it was transferred as infantry to the Army of Northern Virginia. It was involved in the Richmond defenses at Brook's Turnpike and at Drewry's Bluff. Majors William Allen and James 0. Hensley were in command.

A rare use of a 20¢ pair not paying the 40¢ Trans-Mississippi rate. 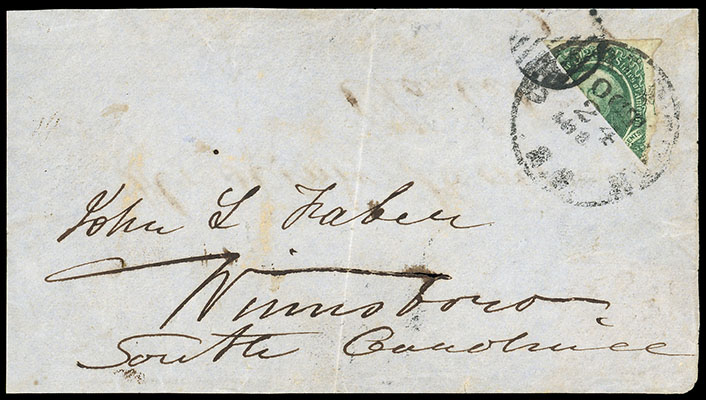 AN EXTREMELY RARE 20¢ BISECT USE ON A TURNED COVER.

Horlbeck Brothers records, 1824-1860, are in the South Carolina Historical Society. They were architects and builders, the business usually cited as H. Horlbeck and Brothers (three brothers - Henry, Edward Daniel and John). Boone Hall was the family plantation. 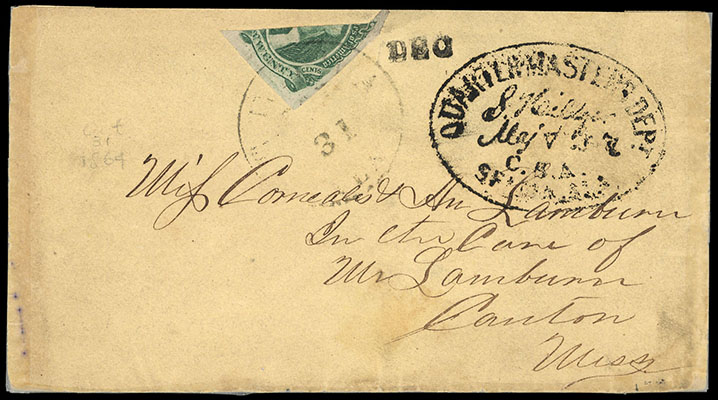 A UNIQUE USAGE OF A 1863 20¢ DIAGONAL BISECT USAGE ON A QUARTERMASTER'S DEPARTMENT SEMI-OFFICIAL COVER.