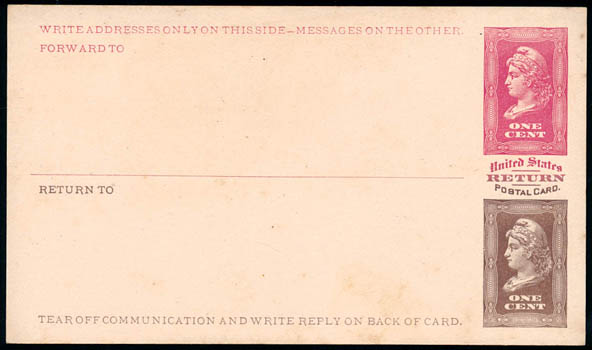 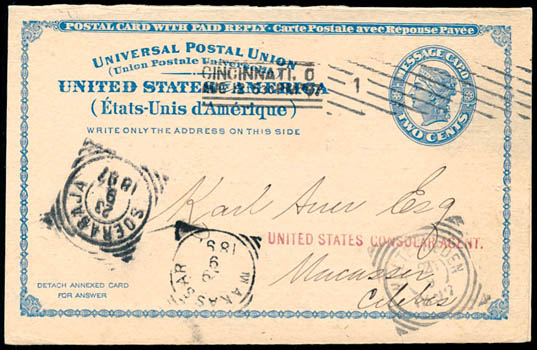 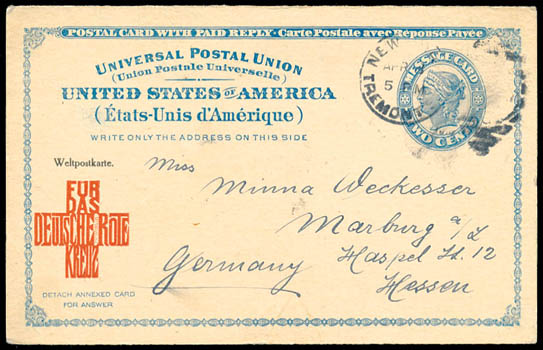 Printing on the front of postal cards was against postal regulations. 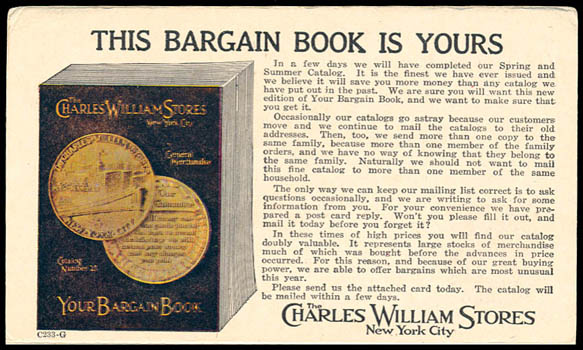 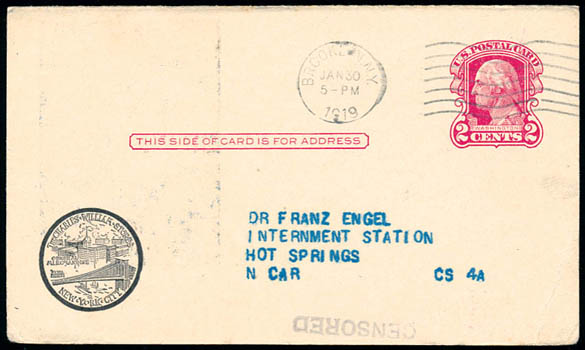 May 1917, the town of Hot Springs had a population of 650 but soon the number would increase with the addition of almost 2200 German prisoners. This would be the largest World War I prison camp in the United States at the time. The Mountain Park Hotel had been a thriving business until the outbreak of World War I when travel to the hotel slowed considerably. The owner Col. Rumbough negotiated a contract with the War Department to house Germans, most of whom were civilians and comprised of the crews of the German commercial ships which had taken cover in American ports when Great Britain declared war on Germany in 1914. Included in the group were members of a German orchestra as well as the crew of the world’s largest ship, the "Vaterland." Because they were civilians, they could not be called "prisoners’ of-war" but were named "enemy aliens" by the Department of Immigration. Consequently, 2200 passengers, officers and crew members came by train to Hot Springs and spent the remaining 19 months of the war in the internment camp.