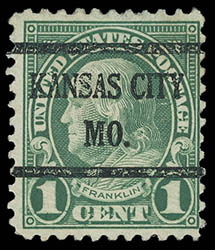 To date, the Siegel census now contains fifteen examples of this issue of which over half are deemed faulty. 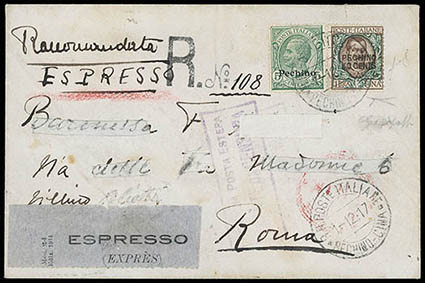 THE ONLY RECORDED EXAMPLE OF THE FIRST ISSUE 1917 40¢ ON 1L VICTOR EMMANUEL III ISSUE ON COVER - CONSIDERED TO BE THE MOST IMPORTANT RARITY OF THE ITALIAN POST OFFICES ABOARD ISSUES. 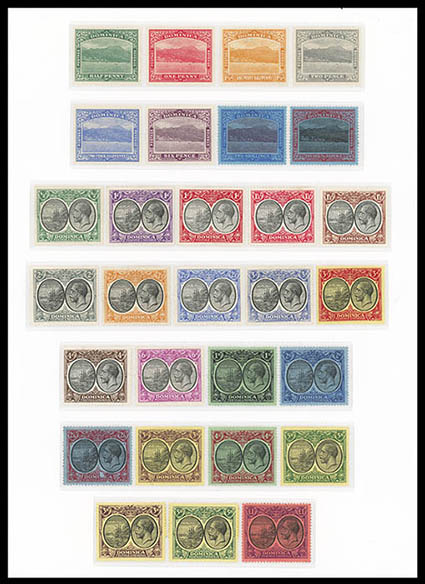 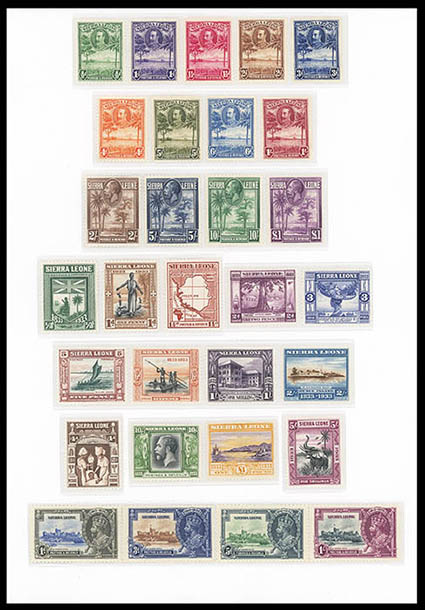 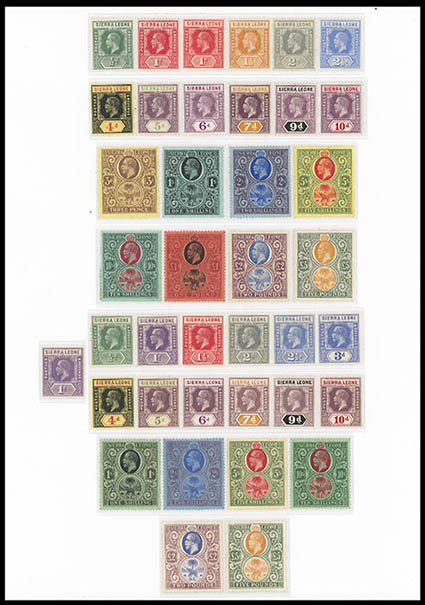 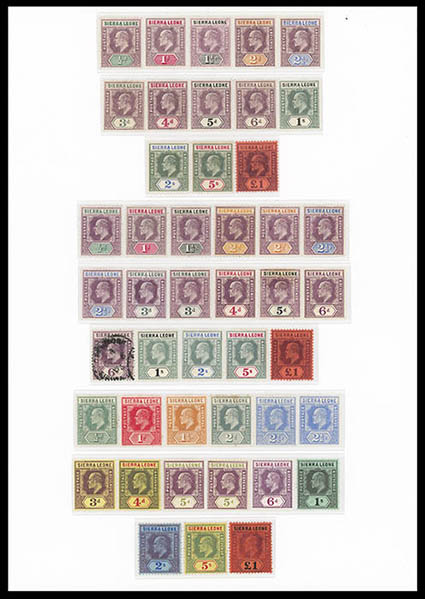 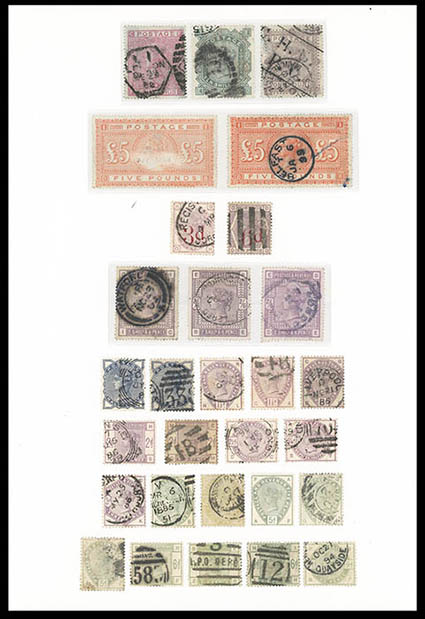 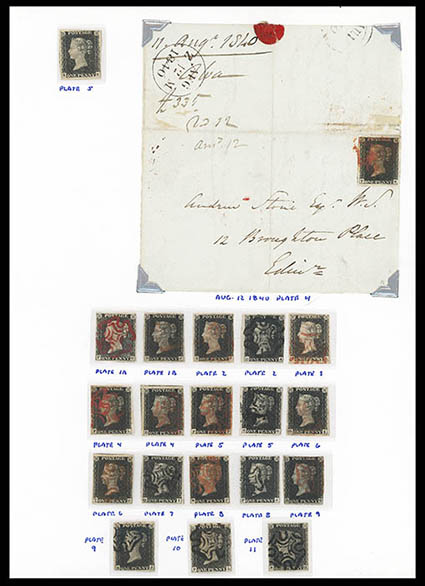 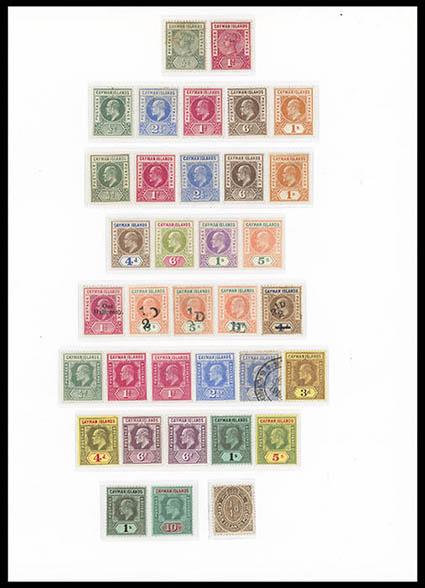 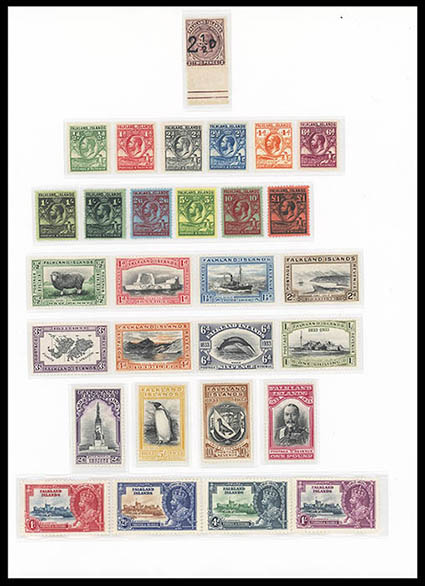 British Commonwealth, Collection, 1840-1960, extensive collection all neatly mounted in 18 large size binders, the majority of the 19th Century material is used and the vast majority of the 20th century is mint, several Pound values can be found throughout the collection and the real value of the collection is in the King Edward VII through the King George V era, the highlights are far to many to list all, but to touch on but a few, includes a very fine used Great Britain section represented by over 50 Penny Blacks and many early Pound values including a £5 Orange, £1 Seahorse and a £1 PUC, plus 1870 1½d rosy mauve mint (S.G. 53a), Gibraltar includes the £5 mint, Hong Kong with a fine mint and used selection, Ceylon with "Specimen" on the High values, Falkland Islands almost complete collection, Canada Jubilee series mint to the $5, Kenya and Uganda mint £1-£3 values mint, plus the £10, £50 and £100 values with "Specimen" overprints, the good Malta 10sh is present mint, Sierra Leone shows strength throughout, plus much more, a few fiscal cancels are noted on some of the used high values, but the overall condition is well above average, this is a once in a lifetime opportunity to acquire such a fine intact collection.
Estimate    $125,000 - 150,000.

THIS COLLECTION SHOULD BE INSPECTED IN PERSON TO FULLY APPRECIATE. 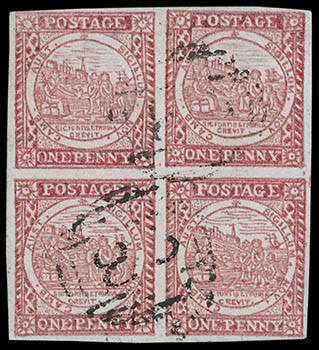 THE FINEST OF TWO KNOWN BLOCKS OF THE 1850 1D PLATE I RE-ENGRAVED SYDNEY VIEW ISSUE. 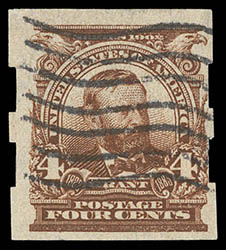 A VERY RARE AND CHOICE SOUND EXAMPLE OF THE 1908 4¢ IMPERFORATE WITH SCHERMACK TYPE III PERFORATIONS - WITH ONLY FORTY TWO USED EXAMPLES RECORDED. 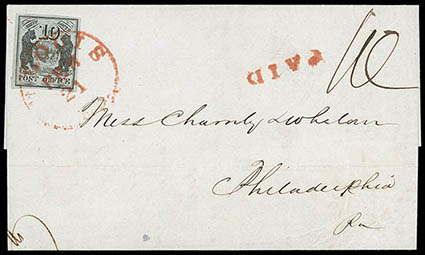 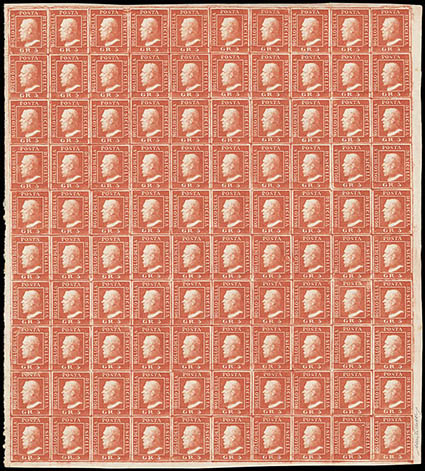 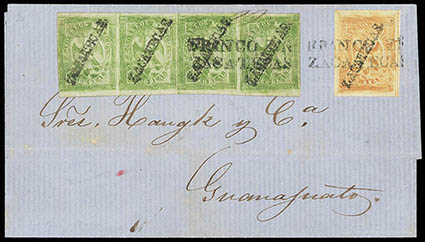 THE LARGEST KNOWN MULTIPLE OF THE 1864 4R EAGLE ISSUE ON COVER. 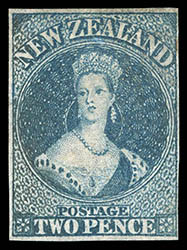 AN EXTREMELY RARE USAGE OF THE 50 GRANA ON LETTER IN OUTSTANDING QUALITY ON A MOST ATTRACTIVE COVER, WITHOUT DOUBT ONE OF THE MOST IMPORTANT ITEMS OF CLASSIC SICILY RECORDED.

One of 4 known covers bearing the 20 gr + 50 gr combination franking, two of which were directed to France and two to Naples. The second cover to France franked with the 50gr chocolate shade in a similar quality, sold for €34,000 in a Corinphila Auction of November 2016